One of the biggest complaints gamers have about the new-generation game consoles – Microsoft Xbox One and Sony PlayStation 4 – is the lack of support for external hard disk drives. While both companies promised to add such support in the past, so far neither has done it. Fortunately, according to a software developer, the Xbox One will gain compatibility with external drives shortly.

A person, which have been confirmed to be an Xbox One software designer, today posted a photo on Reddit. The photo shows Xbox One’s Games and Apps screen that lets users to see which programs are installed and how much storage space they have on their Xbox One console. Typically Xbox One users have a little less than 500GB of available storage space (since Xbox One comes with a 500GB hard drive), but the depicted screen says that there are 585.9GB free, only 29.4 per cent of storage space is used and the external drive is ready. 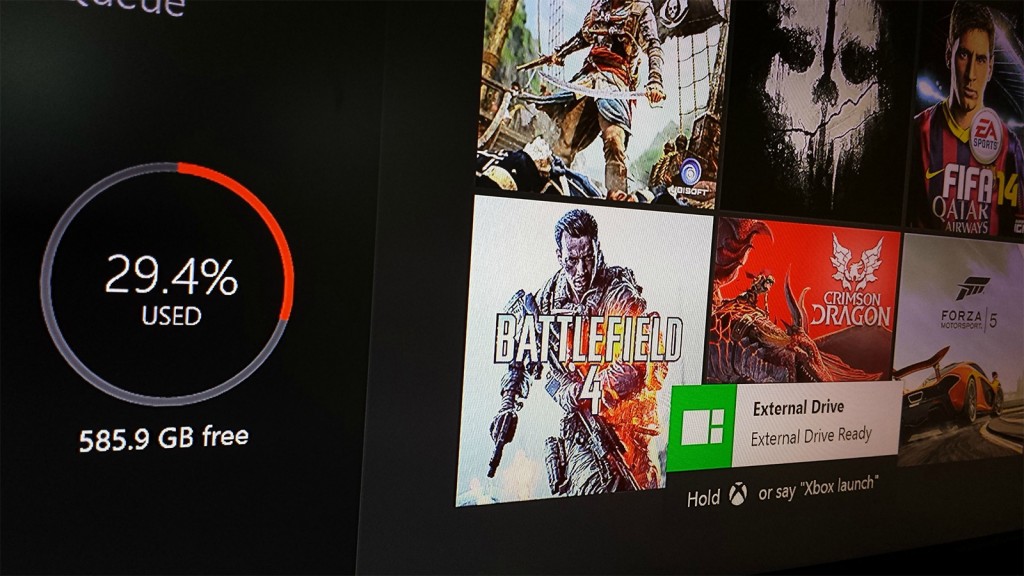 As it appears, the software developer connected an external HDD (presumably of 500GB capacity) to his Xbox One that runs operating system with support for external storage. It is unclear whether the drive was a special Xbox One-branded piece of hardware, or a regular external hard disk drive from makers like Seagate or Western Digital.

It is unclear when Microsoft plans to officially enable support for external hard disk drives on the Xbox One, but the developer said “soon”. According to GottaBeMobile, features coming to Xbox One users in one month are tested in the Xbox One Preview Program the month before. Because there has been no update that includes the support for external drives yet, it is safe to predict that such support will not be included in the May Xbox One update that Microsoft discussed several weeks ago.

KitGuru Says: All the public plans regarding the future of Xbox One will most likely be revealed in several weeks at the Electronic Entertainment Expo, which begins on the 9th of June. While it is rational for Microsoft to focus on video games only at the E3 to attract attention to the console, it will likely reveal some information about the future of the platform itself as well as its upcoming capabilities.