To test the Arctis 3 Bluetooth, I used the headset as my primary headset for a month, using it across multiple platforms to play games, watch videos and listen to music.

Usually we’d take a look at software first, however the Arctis 3 Bluetooth doesn’t make use of the SteelSeries Engine 3 and instead works as a standalone device.

Similarly, the headset forgoes any form of lighting in favour of a slick, matte design, leading us straight into the device’s design & comfort, sound, features and mic quality.

In today’s world of aggressive LED covered peripherals, it would be easy to mistake the SteelSeries Arctis 3 Bluetooth for anything but a gaming headset. Instead, it adopts mostly the same design as its predecessor, sporting sleek black curves that could pass as an everyday pair of headphones if it weren’t for the gap left between the ski band and the solid plastic frame.

Of course, the ski band design is built for function over form, providing a uniquely comfortable and lightweight feel that supports usage for long sessions. The rotation on the ear cups also helps users comfortably slide the headset on and off, while the rotatable cups also makes the Arctis 3 Bluetooth a bit more portable.

Unfortunately, the spacing between the drivers and the cushioning on the ear cups seems particularly shallow with the stock ear cushions, a problem which has previously been highlighted when we reviewed the Arctis 7. Those that are willing to pay a little more to get the best out of this particular model might want to check out the SteelSeries website, as the company offers thicker velour or leatherette cushions for £11.99, but at £135 it is still disappointing not to see an alternative pair provided in the box.

I cannot confirm first hand if this solves the problem as I was not sent an alternative pair to try, however plenty of people on Reddit seem to agree that the thicker cushions do improve the overall comfort of the headset.

Like the devices in the Arctis family, the Arctis 3 Bluetooth has an overall well-balanced sound, offering clear highs, a good range of mids and a solid bass. Dropping the often gimmicky virtual 7.1 surround sound in favour of stereo allows the headset to carry the great mix over to any platform.

This was most evident when switching from watching videos on my PlayStation 4 to playing Persona 5, to then using the Arctis 3 Bluetooth for the more explosive action of Rainbow Six Siege and Destiny 2 on PC.

However, I’ve most enjoyed using the headset when listening to music, an area where gaming devices often falter. While it won’t outdo most dedicated headphones of a similar price, the hard rock elements of Don Broco’s new album, Technology, sounded great thanks to the headset’s impressive sound stage. 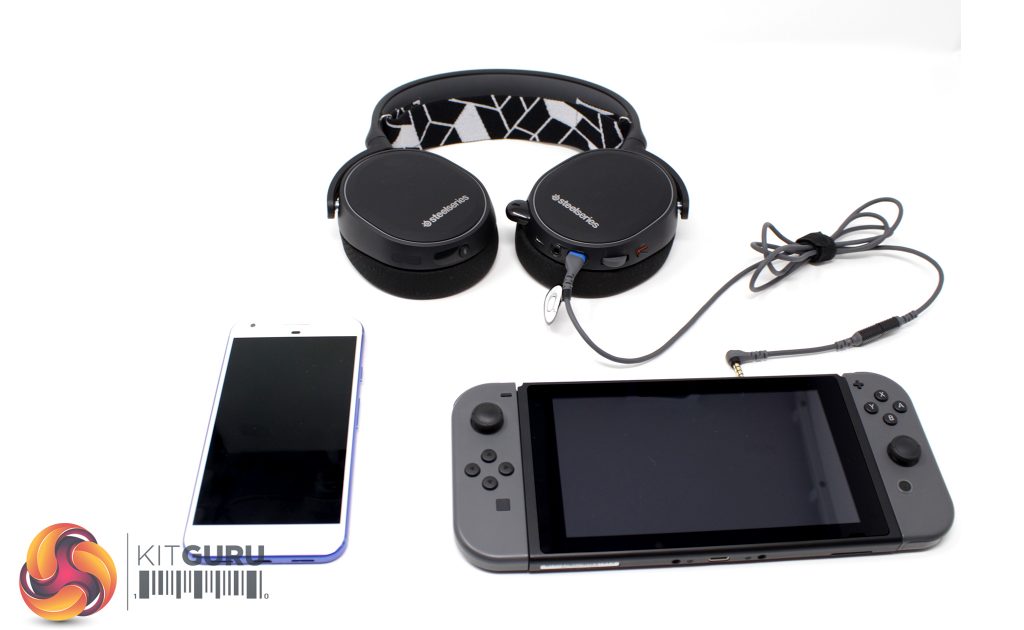 Considering the Arctis 3 Bluetooth costs the same as the Arctis 7, it’s a shame to see the ChatMix feature disappear entirely. ChatMix essentially separates communication audio (like chatting on Discord or Skype) and in-game audio into two channels that can independently be controlled to suit the user’s preferred volume, a feature that would have been right at home on the Arctis 3 Bluetooth.

What the device does offer, however, is the unique ability to combine two separate audio channels into one from two completely different devices: one via wired connection and another via Bluetooth. Unfortunately, the Bluetooth functionality is limited to PC and smartphones, but the headset can connect to any 3.5mm compatible device via the included wires, such as  the PlayStation 4, Xbox One and Nintendo Switch.

The Arctis 3 Bluetooth is primarily engineered with the Nintendo Switch in mind, as Nintendo ditched the traditional built-in Voice over Internet Protocol (VOIP) in favour of a smartphone application instead. The headset circumvents this inconvenience by giving users the ability to listen to in-game sound from the Switch (via an aux cable) while simultaneously using the same headset to chat with friends over Discord thanks to the Bluetooth functionality.

Needless to say, using the headset wirelessly requires the battery to be charged, and SteelSeries claims that the Arctis 3 Bluetooth can hold around 28 hours of charge. While I couldn’t quite get the full 28 hours of use from the headset, I did manage to push it for approximately 24 hours before the battery was fully drained.

The microphone is incredibly handy, offering impressive flexibility when in use and the ability to tuck away neatly when it’s no longer needed.

While I’d previously heard that SteelSeries offer quality microphone solutions on the Arctis 5 and Arctis 7, my experience with the Arctis 3 Bluetooth suggests it’s a little on the quiet side and is noticeably lacking in bass. This isn’t all that surprising for a gaming headset, however, and it can be improved by altering pickup levels within communication clients, something which Discord excels at.

I would urge users to be careful about their microphone placement, as the closer it is to the user’s mouth, the more their speech will be clouded with breathy bursts. Mechanical keyboards and shuffling will also be picked up as the microphone is fairly sensitive, so overall this isn’t the best mic I’ve ever used. 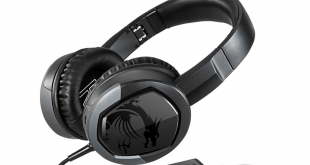 MSI has announced its latest gaming headset, the Immerse GH30 V2. This updated model is …