The new Blackmagic Pocket Cinema Camera 4K was first announced back in April of this year, but last night in London the company held an official launch for the new camera. KitGuru was invited along, and we got to see some of the first projects shot using the Pocket 4K, as well as hear from some filmmakers who have been using the camera over the last few weeks.

There's been a lot of excitement in the camera world about the new Blackmagic Pocket 4K – or BMPCC 4K, as it is known. That's because it packs in a whole range of features into a comparatively tiny body – including its dual native ISO (up to 25,600!) support, large 5in touchscreen and a whole host of recording formats to choose from including Apple ProRes and CinemaDNG RAW.

At the launch event last night, various cinematographers and industry figures were present to see some of the first projects shot using the new Pocket 4K. We were shown four short films from filmmakers including Oli Brotherhood, Hugo van Dijke and Garth de Bruno Austin. I have to say, from the initial look we could get, some of the footage produced looks absolutely fantastic considering it is coming from a device that weighs less than 800g! 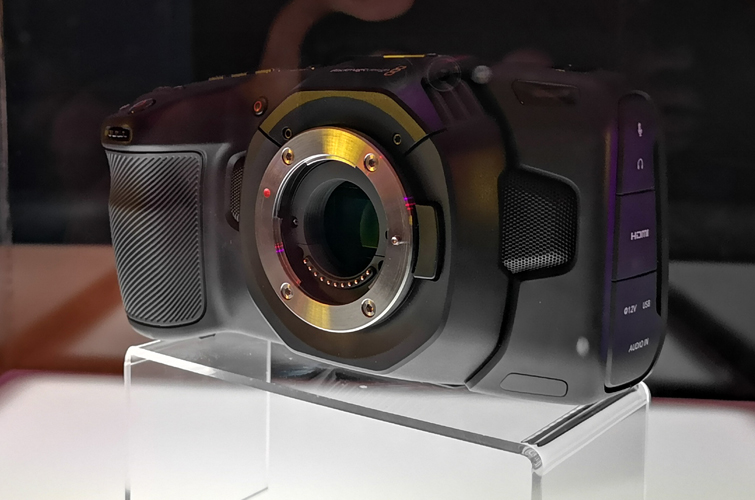 Simon Westland, part of Blackmagic Design's EMEA team, also interviewed the filmmakers to hear their initial thoughts on using the camera. It seems none of them had much time at all to get used to the Pocket 4K beforehand, but the intuitive design and quick learning curve means that it was not a problem. In particular, all three of the interviewees commented on just how good the footage looks straight out of the camera – they said that only a very slight colour grade needs to be applied as the in-camera colour science and dynamic range is just that good.

Other key features of the camera include:

We will be getting a review sample of the Pocket 4K shortly – so stay tuned for our thoughts on the camera. More information is available direct from Blackmagic HERE.

KitGuru says: It was a lot of fun being able to see some of the first projects shot using the Blackmagic Pocket 4K. For a device as small as it is, there doesn't look to be any compromise with image quality. Stay tuned for more thoughts on the camera and how it performs.