Elgato's original Stream Deck has been around for a while now, and proved so popular it spawned a Mini version as well. Today Elgato is expanding the family further, with a new Stream Deck XL launching alongside Srteam Deck Mobile.

Where the original Stream Deck gives you 15 on-screen keys, the new Srteam Deck XL has more than doubled that – with a total of 32 LCD shortcut keys. Each is individually programmable with a whole host of functions – Elgato says you can use them to ‘start and stop streaming, adjust audio and lighting levels, switch cameras, trigger onscreen actions, or anything else to simplify and enhance the content creation experience'.

Stream Deck XL also features a detachable USB-C cable with a non-slip magnetic stand that comes included in the box. Stream Deck XL is available to buy today for £219.95 directly from Corsair.

Alongside this comes Stream Deck Mobile. If you don't have the space, or the cash, for a dedicated Stream Deck, iOS devices can now access the same functionality within the Stream Deck Mobile app. This can provide 15 virtual keys, and it pairs to your desktop Stream Deck setup via a QR code. You can try Stream Deck Mobile for free, but it is available on a subscription service for £2.79 a month or £22.99 per year.

In the words of Julian Fest, General Manager of Elgato: “The launch of Stream Deck XL and Stream Deck Mobile is a significant milestone for us as we continue to expand our flagship family of broadcast controllers. Along with the original Stream Deck and Stream Deck Mini, these additions to the lineup allow us to cater to even more content creators, from seasoned professionals to those looking to get a brand-new channel off the ground.”

KitGuru says: If you're a streamer and haven't tried using Stream Deck, the new Mobile launch makes it even easier to give it a go and see if it speeds up your workflow. 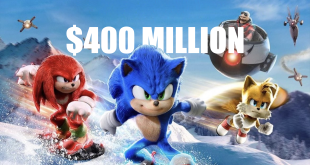