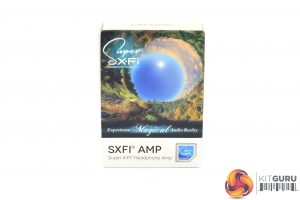 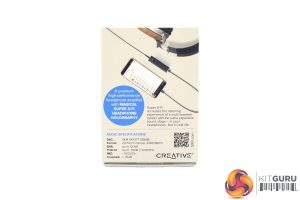 The Creative SXFI Amp ships in a tiny box, with a colourful and very ‘trippy’ image on the front, which reminds me somewhat of ‘Cooper Station’ from Chris Nolan’s Interstellar where they were able to solve the ‘gravity equation’.

On the back, there’s a few specifications relating to the amp as well as a short description of the SXFI technology. 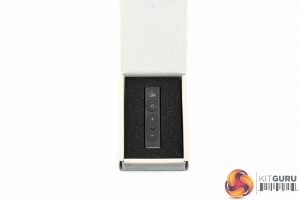 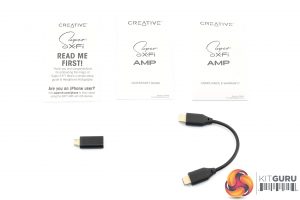 Opening up the box, the amp itself is tidily presented in a foam surround – but more on that later.

There’s a few accessories to touch on first, including three small leaflets – one ‘read me’, one quick start guide, and then one for warranty information. Alongside that we find a USB-C to USB-C cable that measures approximately 12cm, while a USB-C to micro-USB adapter is also included. 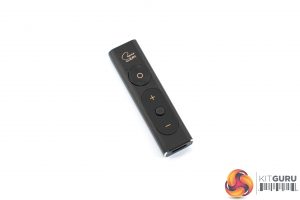 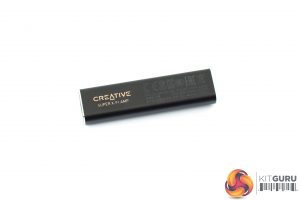 Now we come to the SXFI Amp itself. The first thing to note is just how truly tiny it is – it measures just 67mm long and only weighs 15g. You could easily stuff this in a pocket with your phone and quickly forget about it. Despite that, it also feels well-built thanks to its anodised aluminium housing, while the rounded edges means it doesn’t dig into your fingers as you hold it.

On the top side of the amp are four different controls. Starting from top to bottom, the first button – with a small ‘o’ symbol – enables or disables the SXFI technology. Below that there are volume up, play/pause, and volume down controls. 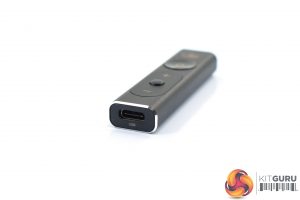 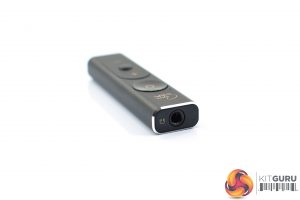 The inputs and outputs are positioned on either end of the amp. The USB-C input is below the volume controls, while the 3.5mm output is at the top above the SXFI logo.

And that is it for the amp – it’s small and straightforward, with nothing really to get to grips with, though there is a setup process you need to go through before using the amp, but that is detailed on the next page. 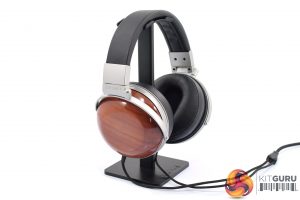 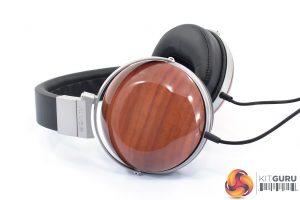 Creative also sent us a pair of E-MU Teak headphones to test with the SXFI Amp. To be clear, this isn’t a review of the headphones – we’re talking about the amp and its SXFI technology – but obviously we need headphones to use with the amp, and as we will see on the next page, only certain brands and models are ‘SXFI certified’. Creative owns E-MU, so naturally these headphones are certified. 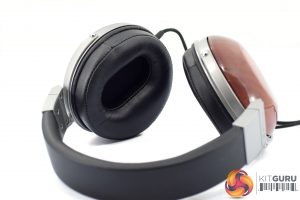 As it happens, the E-MU Teak headphone is a variant of the Foster 443742. Foster is the parent company of Fostex, and this same 443742 OEM model is also used as the basis of other popular headphones such as the Denon ADH-D5000, Fostex TH610 and the Massdrop x Fostex TR-X00.

That means the E-MU Teak sports 50mm neodymium drivers, but with a bio-cellulose diaphragm. The cans are obviously closed-back, with lovely wooden cups – I have the ‘Rosewood’ model, but there are also plain Teak and Ebony options. The frequency responses is rated at 5Hz – 45kHz.