Back in July, we got our first proper look at the HyperX Cloud Revolver headset, which came with an excellent design geared towards comfort over long gameplay sessions. However, in 2017, HyperX will be kicking things up a notch with the Cloud Revolver S, which will retain the same impressive design but introduce new features, including plug and play Dolby Surround Sound.

This makes the Cloud Revolver S the first gaming headset to offer plug-and-play surround sound certified by Dolby. HyperX has included Dolby Headphone technology into a new USB dongle, which will deliver higher quality audio at the touch of a button. 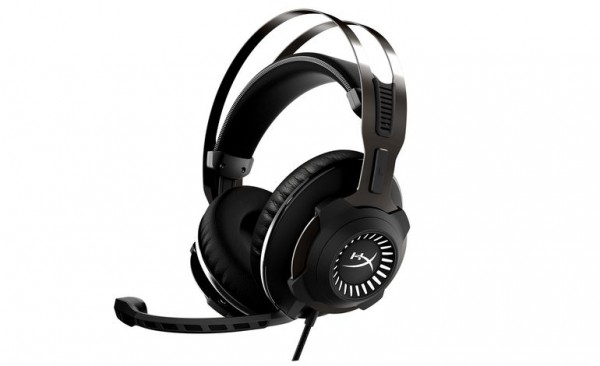 The Cloud Revolver S also comes with 50mm drivers, so you should be able to get plenty of volume out of them. Since this is a plug-and-play headset, all controls are placed at your fingertips, with the in-line controller, you will be able to toggle your Dolby Surround but you will also get to switch between three different equalizer settings that separate frequencies, so you can boost bass, flat sounds or vocals.

Here are the full specifications:

The Cloud Revolver S will hit the market in March 2017 with a price tag of £139.99, making it one of the higher-end gaming headsets. Expect to see more as we get closer to the launch date.

KitGuru Says: The HyperX Cloud headsets have all been fairly impressive so far but this one is definitely the most expensive, so it will be interesting to see how it stacks up against the Cloud II and original Cloud Revolver. Are any of you currently running a HyperX headset? Are you thinking about upgrading in 2017?