The XB252Q is quite a chunky beast, despite being only a 24in model, so it comes in a fairly chunky box. 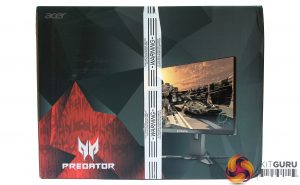 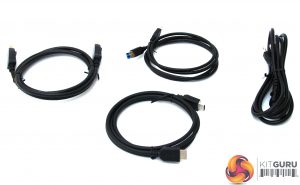 Inside the box, aside from a power cable, you get one each DisplayPort and HDMI cable, plus a USB 3.0 upstream to connect the built-in hub to your PC. 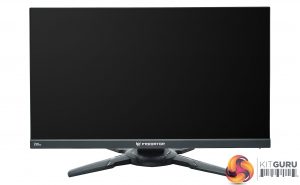 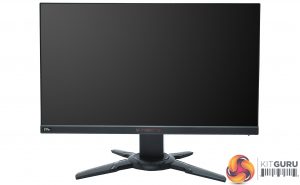 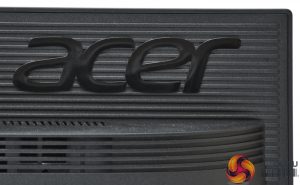 This is a fairly handsome screen, with an invisible bezel along the left, right and top. It has height adjustment of 115mm. It can be tilted 5 degrees forward or 21 degrees backwards. 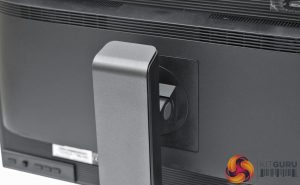 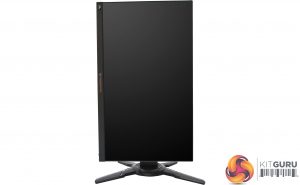 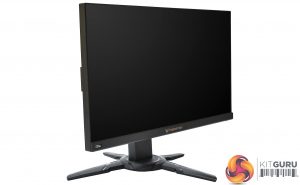 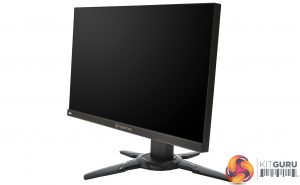 There’s 45 degrees of swivel left and right, and you can rotate the whole screen into portrait mode. 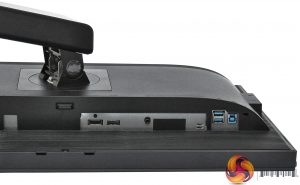 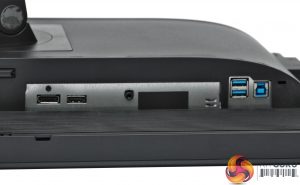 The main ports are on the left-hand bottom edge. You only get one each HDMI and DisplayPort, no DVI or VGA, although that will probably be enough if you just want to plug in your PC and maybe a console. There’s a headphone minijack, which isn’t very conveniently located, plus the upstream USB 3.0 port for the built-in hub, and two downstream USB 3.0 ports. 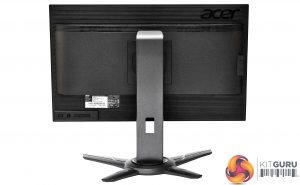 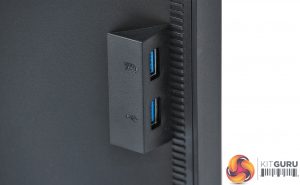 There are two more USB 3.0 ports more conveniently placed on the left-hand edge. The headphone jack would have benefited from being positioned here too. 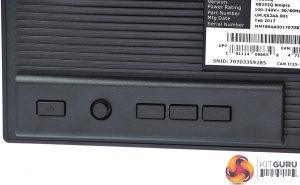 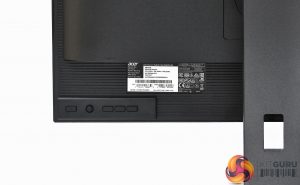 The on-screen display (OSD) menu is accessed via a joystick on the back of the screen on the right-hand side. This has four buttons – one on the right, three on the left of the joystick (assuming you’re reaching around from the front – obviously they are on the other side if you’re looking directly at them as shown in this picture).

The right-hand button on its own turns the screen into standby, although there is a hardware power button as well, to turn the monitor power completely off in a physical sense. 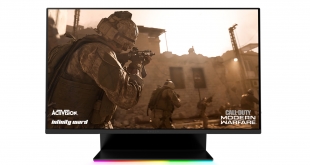