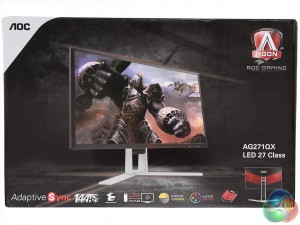 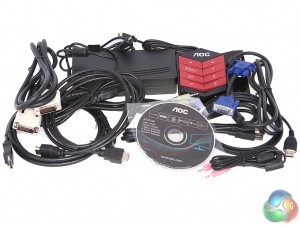 The AGON AG271QX includes an external power supply, plus cables for pretty much every connection: DisplayPort, HDMI, HDMI to MicroHDMI, plus even VGA and DVI. There are minijack cables to route line and microphone to the monitor, plus one for the USB 3.0 hub. 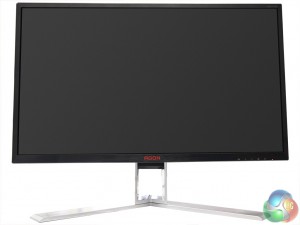 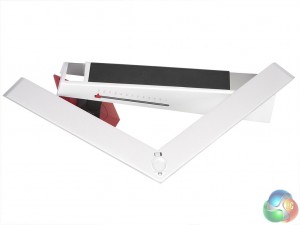 The AG271QX is a fairly sober black-bezelled screen with silver base. You have to screw the screen to the mount, rather than clipping it in. This provides a more secure attachment, but is inconvenient if you want to shift the screen to a LAN gaming event, or manage to lose the screws. 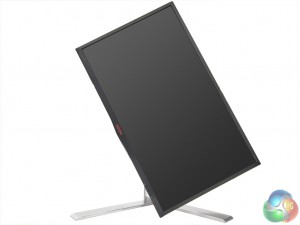 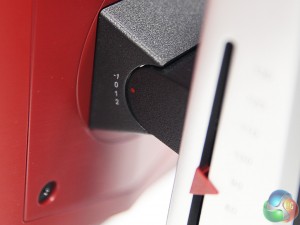 The screen swivels on its base by 20 degrees in each direction, can be tilted 3.5 degrees downwards or 21.5 degrees upwards. There is a 130mm range of height adjustment available, and the whole screen can also be rotated into portrait mode. 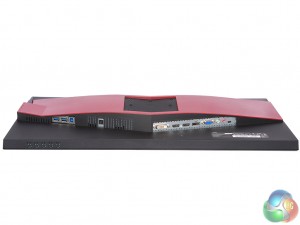 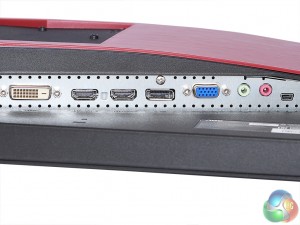 Somewhat unusually for this point in computing history, the AG271QX includes legacy VGA and DVI inputs alongside the usual array of contemporary digital connections. There are a couple of HDMI inputs plus a single DisplayPort 1.2. One of the HDMI ports also supports MHL, so you can connect a compatible phone directly, and the other supports HDMI 2.0.

A line input and microphone output allow you to route audio from your system through the screen. Then there’s a mini-USB port for attaching a bundled external control peripheral called the Quick Switch, of which we will discuss more later. 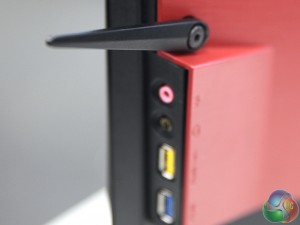 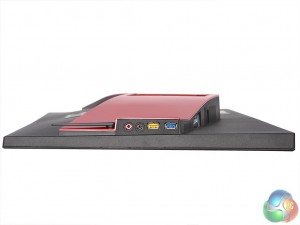 It’s always handy to have a USB 3.0 hub built into your screen. The AG271QX places the upstream port and two downstream ports on the rear. But there are also some connections placed more conveniently on the right-hand edge.

Another nice touch is the small arm that swings down to hang your headphones on. Many people hang their headphones on the corner edge of the screen, and this little feature caters for this very conveniently. 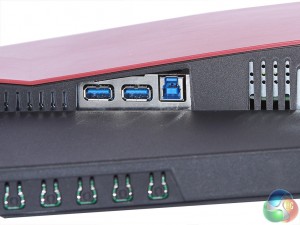 There is the usual array of buttons on the screen edge, in this case just underneath the right-hand lower corner. There are four control buttons plus the power button. But AOC has another trick up its sleeve with this particular screen. 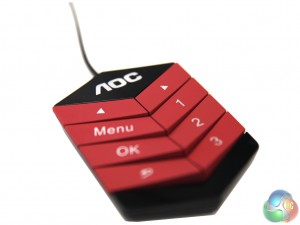 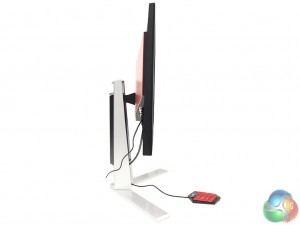 The extra Quick Switch control keypad certainly makes operating the OSD a whole lot easier. Aside from the arrows moving you around the menu, there is a menu button itself, and OK and back buttons. Also present are three numbered buttons which allow for immediate recall of the user-configurable Gamer settings, which we will discuss in more detail in our analysis of the OSD in the next section.