The AOC C27G1 has subtle signs of its gaming focus on its box, although we’re not sure we’d run two of them side-by-side like the image illustrates. 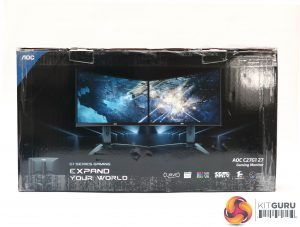 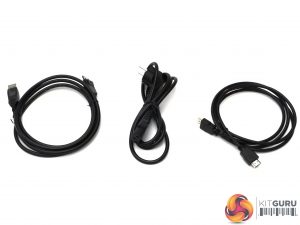 Aside from the power cable, you also get HDMI and DisplayPort wiring in the box. 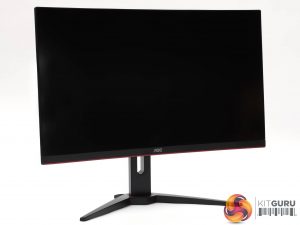 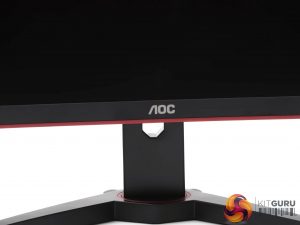 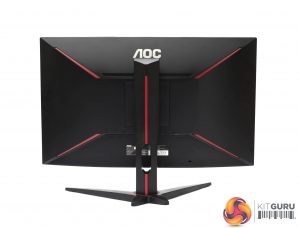 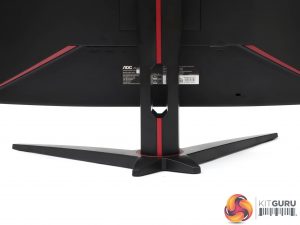 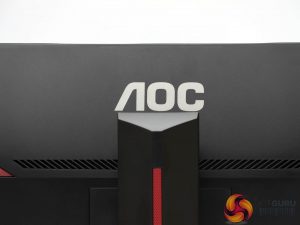 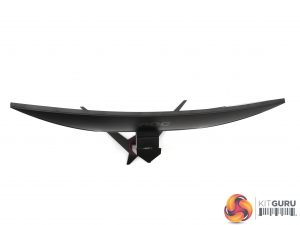 Black is the main theme for the C27G1’s appearance, with a few subtle flashes of red on the front and more on the back. Apart from the bottom edge, the bezel is essentially non-existent in this frameless design.

The stand is angular and somewhat industrial, which is a design that is popular amongst gamers. It’s stylish, but not in a way that’s going to stand out. The 1800R curve isn’t obvious until you turn the screen on. 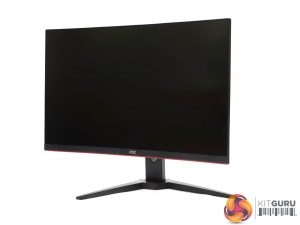 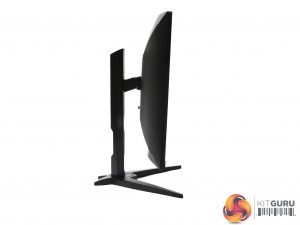 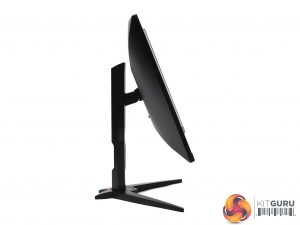 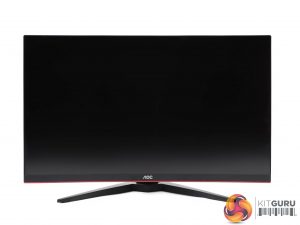 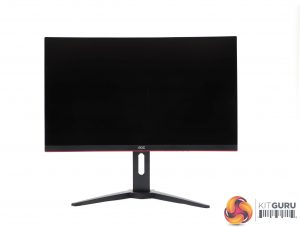 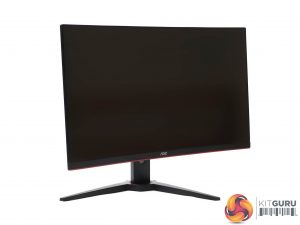 The adjustment options are comprehensive. You can rotate the screen 34 degrees left and right, and raise it 130mm up and down. The screen will also tilt four degrees forward and 21.5 degrees backward.

The one adjustment you don’t get is the ability to rotate the whole screen into portrait mode, which we have never understood being available with a curved screen anyway. 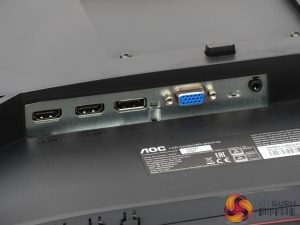 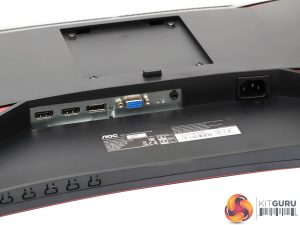 The port allocation is reasonably generous, with two HDMI ports, a single DisplayPort, plus legacy VGA. Then there’s an analog minijack for heaphones or speaker output. However, there’s no USB hub or audio input available. 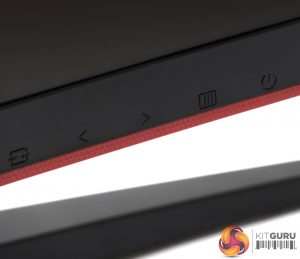 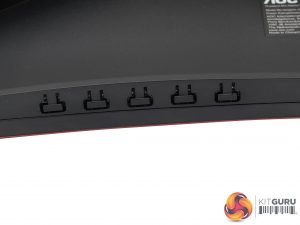 The menu system is operated in a traditional way, with five buttons along the bottom and etched icons on the front bezel subtly indicating their location. There’s no funky joystick here.