We performed the quality tests on the C27G1 at its native 1,920 x 1,080 resolution in the default mode, after resetting the OSD, which enables FreeSync where available. Our test system was equipped with an AMD Radeon Vega Frontier Edition graphics card, which supports FreeSync. 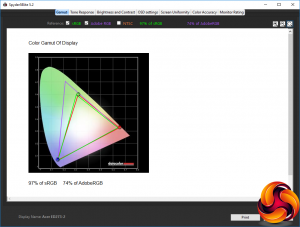 The gamut is not that impressive, with only 97 per cent of sRGB and 74 per cent of AdobeRGB. 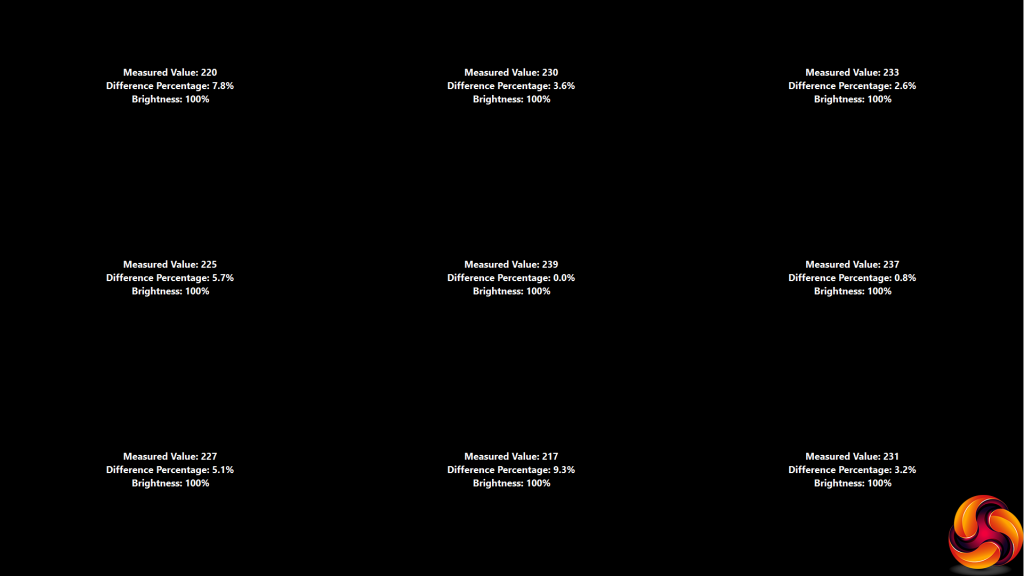 Brightness uniformity isn’t so bad, merely mid-range, although there is much more aberration on the left of the panel than the right, particularly the top-left corner. 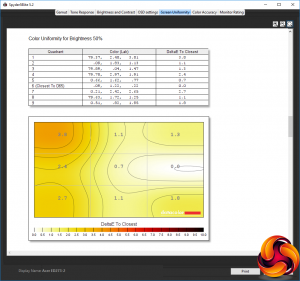 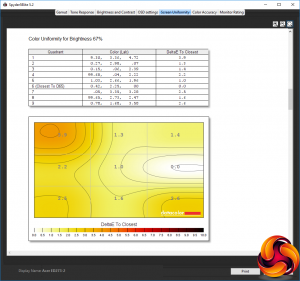 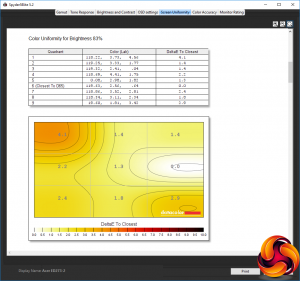 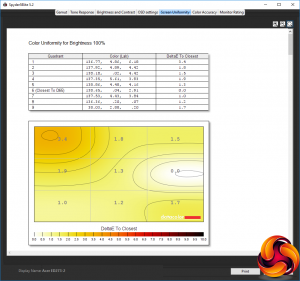 Colour uniformity is even better, although again the top-left corner is the worst culprit for aberration. 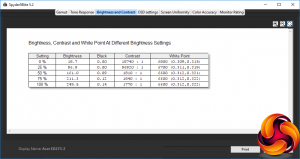 The white point gets slightly warmer as the brightness increases, starting at 6800K and ending up at 6600K. Contrast values are consistently high, as we would expect from a VA panel. Note that this is with the contrast set to 50 per cent, so more is available even without DCR. This is also one panel where zero brightness does almost mean the backlight is completely off, with just 18.7cd/m2 at this setting. The 100 per cent brightness setting is virtually spot on the 250cd/m2 rating too – although this is not immensely high. 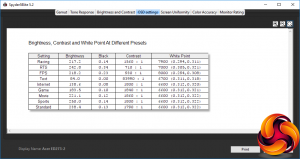 At this point we should point out again that the OSD presets are divided in two, with Games Modes on a quick menu, and the more pedestrian options in an Eco section of the main menu, under luminance. 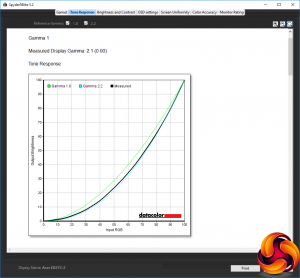 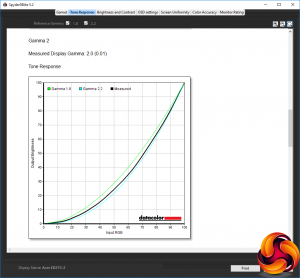 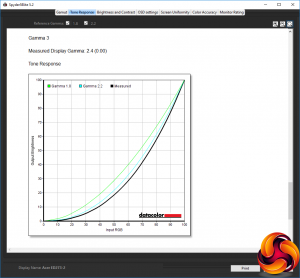 The C27G1’s three gamma settings are a little strange. The default Gamma 1 corresponds to 2.1, whilst Gamma 2 is 2.0, and Gamma 3 is 2.4. We’ve come across this arrangement with AOC monitors before, where the gamma values are not in order of magnitude. This is also rather a narrow range. 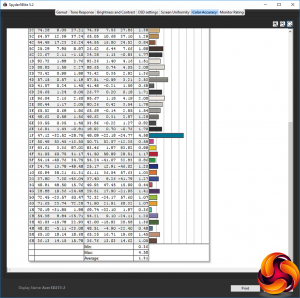 The most impressive result for this screen is its out-of-the-box colour accuracy. With an average deviation of just 1.31, this is a very faithful monitor. But could we improve matters with a bit of adjustment? 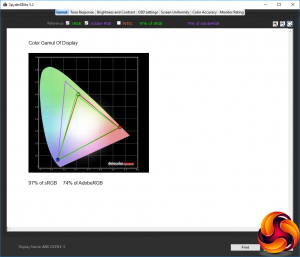 The gamut remains as poor as it was before, with 97 per cent of sRGB and 74 per cent of AdobeRGB. 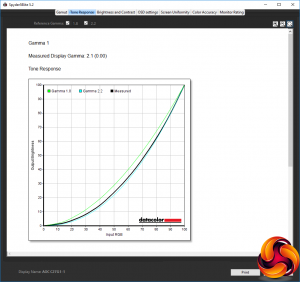 We only retested Gamma 1, which remains the same at 2.1. 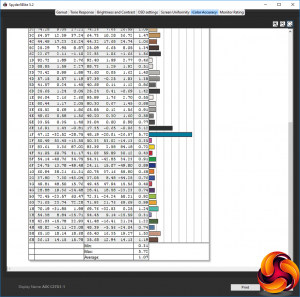 However, colour accuracy improved to an even better result with calibration. The average deviation of 1.07 is one of the best results we have seen, showing the quality of the panel AOC has used in this area.

Nevertheless this is still very much a gaming monitor, not a gaming monitor that might want to moonlight for more professional work. It was perfectly decent for the everyday tasks we tried, which included video editing. But gaming was its forte. With AMD FreeSync on hand, we found that the titles we tried – including ones that could hit close to 144fps to max out this screen’s refresh – were smooth and pleasant to play.