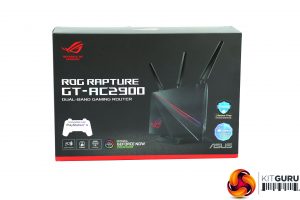 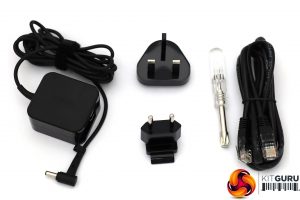 The stylish black box the ASUS ROG Rapture GT-AC2900 comes in contains the usual power supply along with UK and EU plug options. There’s also a handy little Philips head screwdriver in case you don’t have one to attach the base of the unit to the main body. 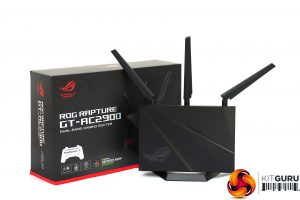 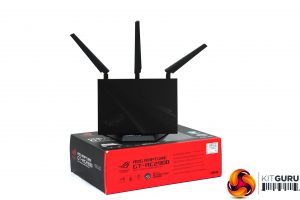 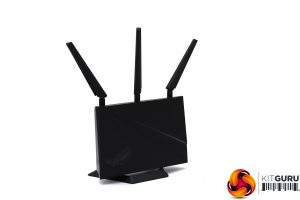 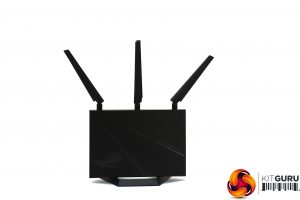 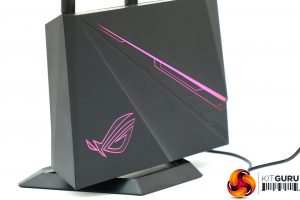 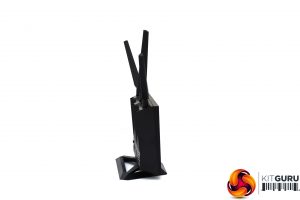 Aside from the vertical orientation, when turned off the GT-AC2900 is a fairly typical black box, with a bit of contouring and a couple of ridges to break the monochrome monotony. However, when powered up the AURA lighting adds much more colour, and (as we’ll see when we turn to discussing the management interface) you can customise this to fit your tastes. 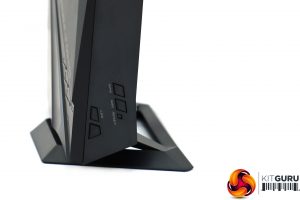 There are five buttons on one side of the unit. One controls the LED lighting, another is called the Boost Key and can be customised (more on that later), then there’s one to call up WPS and another for turning off the WiFi radios. The tiny button beneath the latter is more recessed and is for a hard reset. 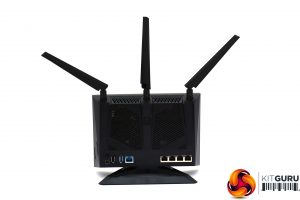 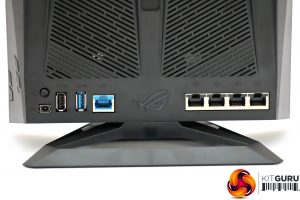 On the rear, next to the power socket for the external supply, are two USB ports. The one furthest left is USB 2.0, then the next one along supports USB 3.0. Then there’s the Gigabit Ethernet WAN port. The other side of the ROG logo houses the four-port Gigabit Ethernet LAN switch. We’re not sure quite why only one USB port supports 3.0, but you probably won’t find it a big restriction, and the port allocation is otherwise pretty standard for a broadband router in this class and price range.

Overall, you get pretty much what you would expect in terms of hardware with the GT-AC2900.