For the first test we used the open-source iPerf 3.1.3 software, and for the second test we used a 3.7GB file collection. Three Windows systems were used. One was an Armari AMD Threadripper workstation running Windows 10, then a MSI WS63 7RK (for 802.11ac) and finally an HP Folio 13 (802.11n only).

For all the wireless tests, the workstation was connected to one of the GT-AC2900’s Gigabit Ethernet ports, and the notebooks via WiFi connections (apart from the wired test, which also used Gigabit Ethernet). The notebooks were then placed in four different locations – within 1m of the router, approximately 5m away with a wall in between, 10m away and on a lower floor (with multiple walls and a floor in between), and then 15m away on a lower floor. We tested all four distances with the two WiFi standards, but only the 1m distance with the file copy. 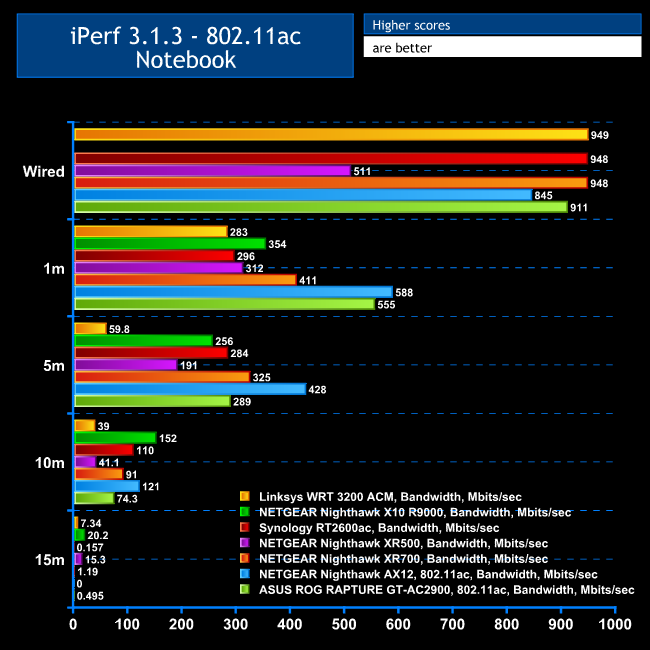 Moving out to 5m it’s not quite so outstanding, but still good. The 802.11ac speed of 289 Mbits/sec is third in this collection, behind the NETGEAR Nighthawk XR700 and considerably behind the AX12.

However, performance drops off almost completely at 15m with a 802.11ac client, only reaching 0.495 Mbits/sec, which will be virtually unusable. 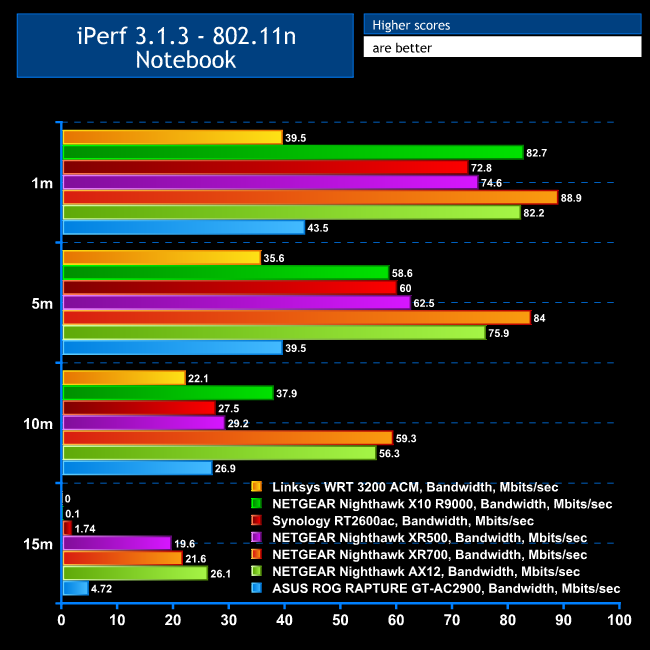 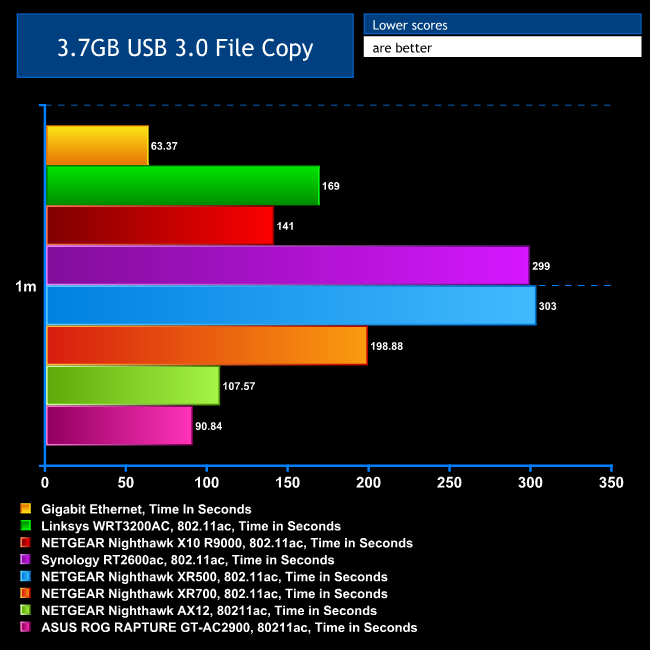 For this test, we hooked up a 32GB SanDisk Ultra USB 3.0 Flash Memory key to the GT-AC2900’s USB 3.0 port and configured it via the USB Application interface as network storage. We then copied the 3.7GB Windows 10 installer ISO (unpacked into individual files) to the MSI notebook via 802.11ac at a 1m range.

This was actually the GT-AC2900’s best result, beating everything else hands down, showing that the router’s USB port is fast and its Windows sharing provides optimum throughput.

Overall, these performance results are a mixed bag. At short range and with an 802.11ac client, the GT-AC2900 is very impressive indeed. But at over 10m or with 802.11n, it’s not so commendable.