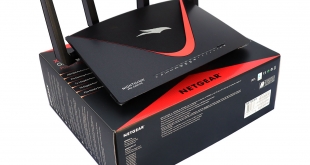 When NETGEAR launched the excellent XR500, we were told it was just the beginning of a whole range of gaming-focused routers, and a high-end version was due. Well, it's finally here. Called the Nighthawk XR700, the new Pro Gaming Router combines the software goodness of the XR500 with a more meaty hardware specification. 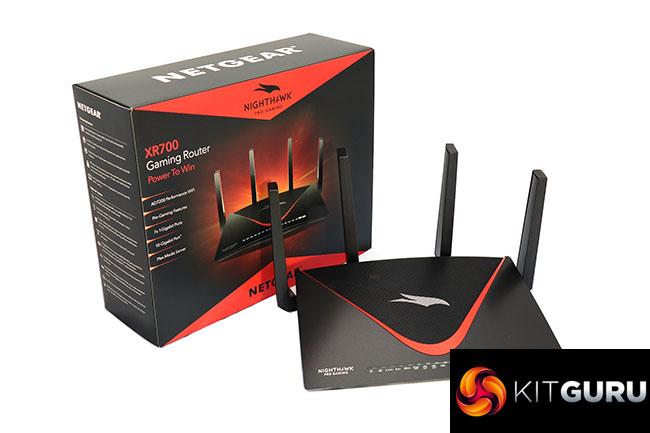 Of more value to most users than 802.11ad will be the significant range of wired Ethernet ports available. There are in fact eight of these, and one of them is very special. It's a 10Gbit SFP+ port that you can use with an adapter to attach different flavours of 10Gbit Ethernet connection to.

The remaining seven ports include one Gigabit port for the WAN and six for the client systems, which is a healthy complement if you're setting up a gaming LAN. There are two USB 3.0 ports for storage and printer attachment.

All of this is basically the same as the R9000, but what the latter didn't have was the DumaOS software built in. As we explained in our XR500 review, this is a class-leading platform for ensuring your gaming experience is completely optimised. It's packed with features to manage your gaming, multimedia and other traffic. But combining the top-end hardware with this software does come at a price.

There aren't many routers more expensive than £450, and this is £100 more than the R9000. So let's find out if this premium tag will fetch you the king of gaming routers.