We tested the performance of NETGEAR Nighthawk XR700 in two ways. First, we wanted to assess the raw throughput across the two different WiFi standards it supports – 802.11ac and 802.11n. We also tested the speed of the USB 3.0 port via 802.11ac.

For the first test we used the open-source iPerf 3.1.3 software, and for the second test we used a 3.7GB file collection. Three Windows systems were used. One was an Armari AMD Threadripper workstation running Windows 10, one an HP Spectre 13 X2 (for 802.11ac) and the third a HP Folio 13 (802.11n only).

For all tests, the workstation was connected to one of the XR700’s Gigabit Ethernet ports, and the notebooks via WiFi connections. The notebooks were then placed in four different locations – within 1m of the router, approximately 5m away with a wall in between, 10m away and on a lower floor (with multiple walls and a floor in between), and then 15m away on a lower floor. We tested all four distances with the two WiFi standards, but only the 1m distance with the file copy.

With each WiFi standard and distance, we took 60 readings of throughput at one second intervals and calculated the average (iPerf does this automatically). For these tests, we are also comparing the XR700’s performance with the NETGEAR Nighthawk XR500, Linksys WRT 3200 ACM, NETGEAR Nighthawk X10 R9000, and Synology RT2600ac. 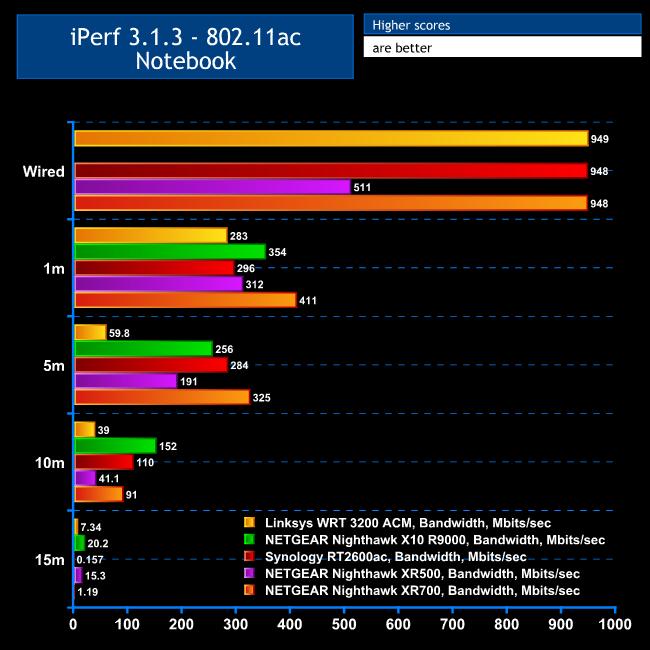 With the notebook connected via Gigabit Ethernet to the router, the throughput was recorded as 948Mbits/sec, which shows you’re getting near wire speed from the LAN ports.

At 1m, the 802.11ac performance is phenomenal. The Nighthawk X10 R9000 is fast, but the XR700 is even faster, providing 411Mbits/sec. At 5m, the speed doesn’t drop that much, achieving 325Mbits/sec. However, beyond this performance drops off.

Nevertheless, this is the fastest router we’ve tested at close proximity, which is a commendable result. 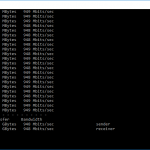 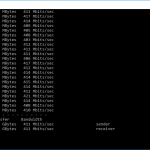 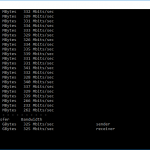 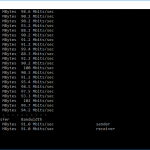 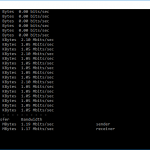 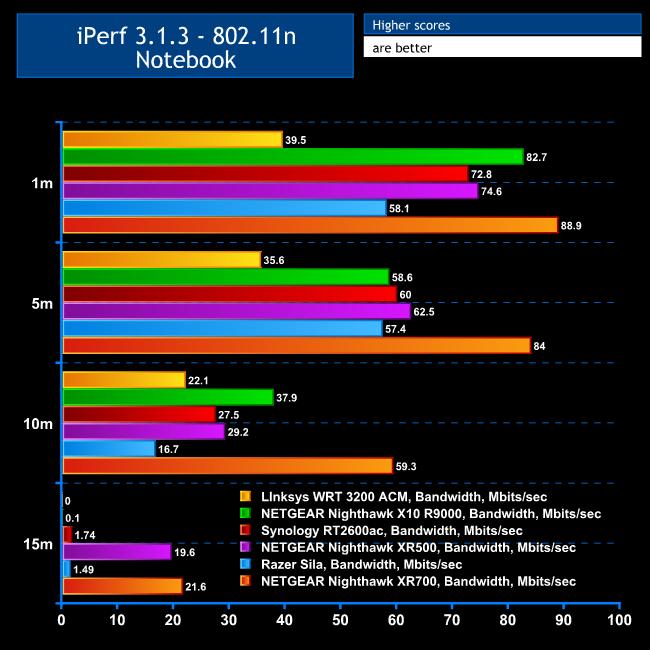 Performance with 802.11n is even better relative to the competition. The 1m throughput of 88.9Mbits/sec is the fastest we’ve seen, and at 5m the result of 84Mbits/sec is way ahead of any other router.

Moving further to 10m, the throughput was an excellent 59.3Mbit/sec, and even at 15m we saw a very usable 21.6Mbit/sec, which only NETGEAR’s own XR500 could come close to. With the XR700’s ability to switch between 5GHz and 2.4GHz dynamically, depending on which signal is better (assuming you left this feature on), you will be able to use the XR700 at a range of 15m quite comfortably, if not for 4K video streaming. 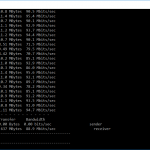 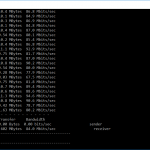 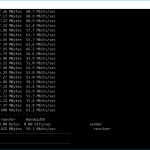 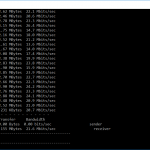 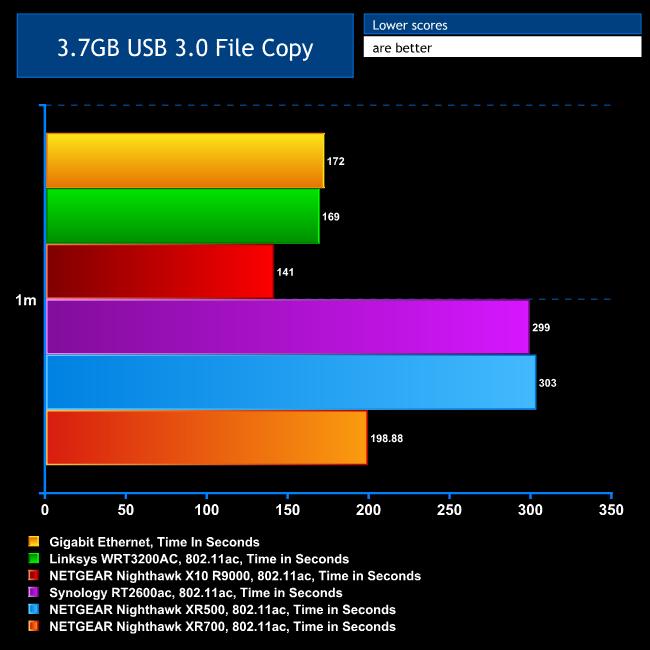 For this test, we hooked up a 32GB SanDisk Ultra USB 3.0 Flash Memory key to one of the XR700’s USB 3.0 port and configured it via the ReadyShare interface as network storage. We then copied the 3.7GB Windows 10 installer ISO (unpacked into individual files) to the HP Spectre 13 X2 via 802.11ac.

The time taken wasn’t as fast as wired Ethernet, or the Nighthawk X10 R9000, but we were seeing speeds of up to 25MB/sec, making the XR700 a very viable option for attaching storage to for media serving or NAS activities.

Overall, the XR700’s performance lives up to its features with some of the best standalone router performance we’ve seen. Close up, this is the fastest 802.11ac we’ve tested, and whilst the 5GHz range isn’t quite as extensive as some, the ability to switch to 2.4GHz dynamically means you’ll enjoy a good overall coverage. The USB ports promise fast file copying over WiFi too.