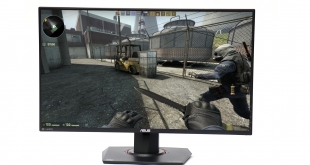 Now that 144Hz monitors are becoming widespread, and 165Hz is increasingly common too, how do you go one better than your gaming buddies? What about blowing them all away with a 280Hz refresh? This is what the ASUS TUF Gaming VG279QM has to offer, prompting a claim of the “world’s fastest gaming monitor”. It provides this in a 27in format, although it’s only a Full HD-resolution screen. If you’re a die-hard FPS gamer where high frame rates can give you the edge, this could be the monitor for you.

The VG279QM has other tricks up its sleeve too. Naturally, adaptive sync is available, with both AMD FreeSync and NVIDIA G-sync compatibility. This is an IPS panel, which isn’t usually the best choice of technology for FPS gaming due to its slow pixel response. However, ASUS claims to be using something called Fast IPS, which allows the same sort of 1ms grey-to-grey pixel response as TN panels. Just to reiterate – this is not MPRT response, but grey-to-grey.

Nevertheless, other typical features of IPS technology remain, with a 1,000:1 contrast. But peak brightness is 400cd/m2, while the gamut is 95 per cent of DCI-P3 and DisplayHDR 400 is supported. ASUS even includes multiple HDR modes for different scenarios like movie watching and gaming. 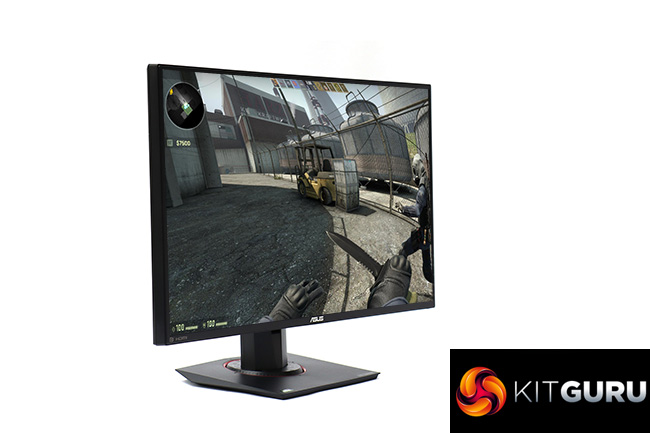 There’s a good range of adjustment available, with the ability to swivel 90 degrees in either direction, the typical 130mm of height adjustment, 33 degrees of backwards tilt and even the facility to rotate into portrait mode. You also get a reasonable array of two HDMI video inputs and a single DisplayPort. These connections can also supply a pair of weedy 2W speakers, should you need audio without a headset. However, one thing that this monitor doesn’t offer is a USB hub.

With basic 27in Full HD monitors starting at around £130, and 144Hz ones around £215, a price near £400 seems steep. But if this monitor really lives up to its claim of being the fastest one on the market, and you’re a FPS fiend, it could be worth it. Let’s find out if the VG279QM can satisfy your need for speed.