The Asus TUF Gaming VG279QM doesn’t shout its abilities as much as you might expect on its external packaging. 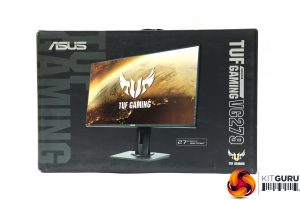 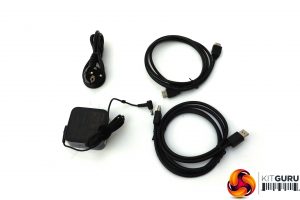 Inside the box are HDMI and DisplayPort cables, plus the external power adapter and a mains cable. 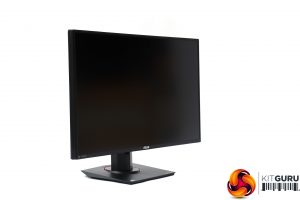 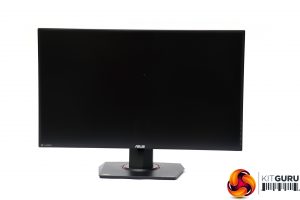 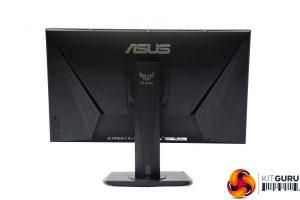 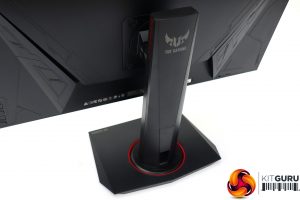 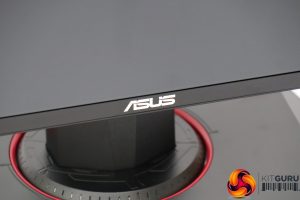 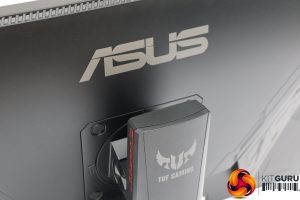 The VG279QM is a decent-looking piece of kit but like the box it doesn’t shout its abilities. The design is quite sober, with just the red ring around the base and some red text on the stand to distract from the otherwise matt black appearance. 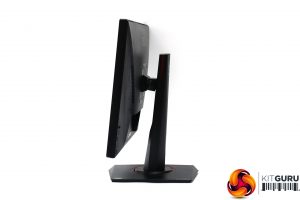 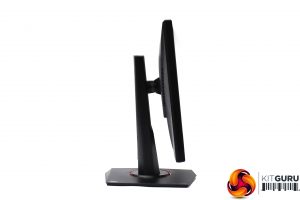 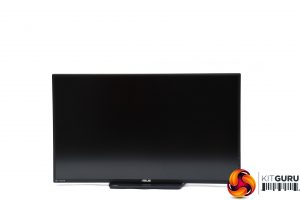 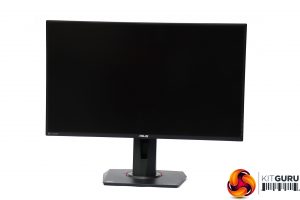 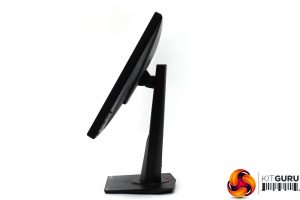 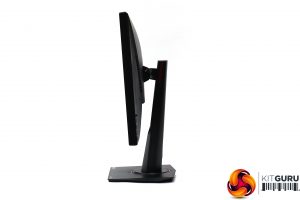 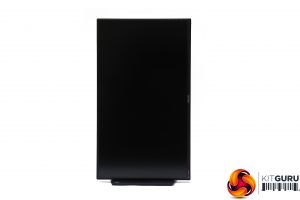 The adjustability is comprehensive, starting with the ability to swivel the panel on the stand by 90 degrees in either direction. You can raise or lower it through 130mm, and whilst the forward tilt is a typical 5 degrees, the backward tilt is a large 33 degrees. You can also rotate the entire panel into a portrait orientation. 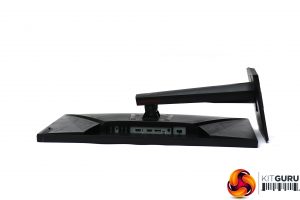 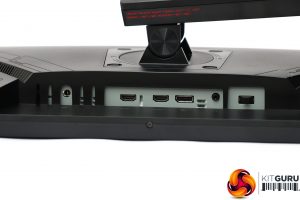 Without a USB hub, there aren’t that many ports on the back of the screen. Alongside the power input, there are two HDMI 2.0 ports, a single DisplayPort 1.2, and a minijack for analog audio output. The mysterious covered port at the end is a USB connection, presumably there for firmware updates or other maintenance duties. 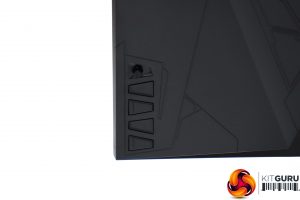 The OSD and other functions are controlled by a combination of a joystick and four buttons on the right-hand corner at the rear.