For this monitor test, we had to use a slightly different methodology to normal. Our primary test system was the rather seductive ASUS ZenBook UX430UA, which comes equipped with USB Type C and is one of ASUS’s preferred companions for the MB16AC. The screen simply plugged into the USB port and worked. 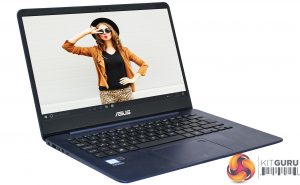 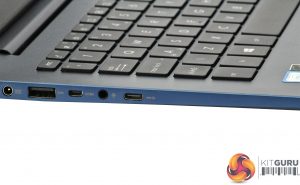 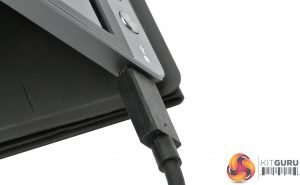 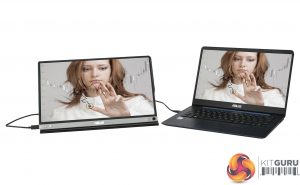 Our main quality test involves using a DataColor Spyder Elite 5 Colorimeter to assess a display’s image quality, although in this case we only performed a subset of the categories of assessment. The device sits on top of the screen while the software generates colour tones and patterns, which it compares against predetermined values to work out how accurate the screen is. 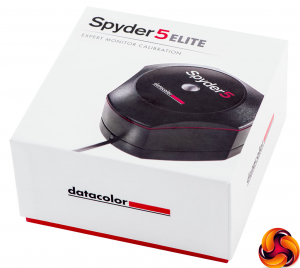 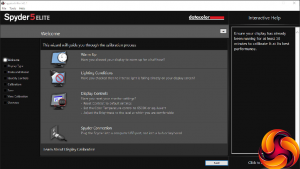 In the case of the MB16AC, we performed the primary testing at the native 1,920 x 1,080 resolution in the default mode with the Standard Preset, apart from during the section that actually tests presets. All the tests were performed using the aforementioned Armari S16-TR850G2 AMD Threadripper workstation as host for the Spyder software and colorimeter. 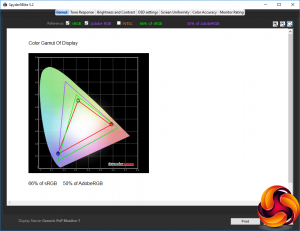 The gamut isn’t particularly impressive, with just 66 per cent of sRGB and 50 per cent of AdobeRGB. 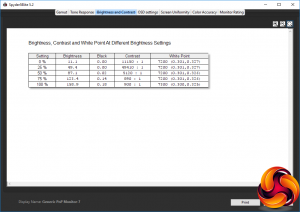 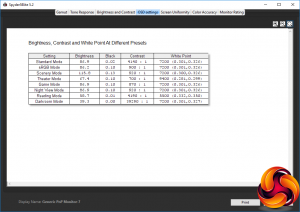 Many of the surprising number of OSD presets don’t feel that different to the naked eye, partly because four of them hover around the 86 or 87cd/m2 britghness with a 7200K white point. The Standard and and sRGB modes differ only in contrast, and Scenery mode isn’t much of a variation either, with a 115.8cd/m2 brightness.

Theater mode is less bright at 67.4cd/m2, with a reduced 700:1 contrast, and much cooler white point of 9400K. Game Mode is not that different to Standard or sRGB, nor is Night View Mode.

Darkroom Mode is, unsurprisingly, not very bright at 39.3cd/m2, but with a huge contrast and standard 7200K white point. 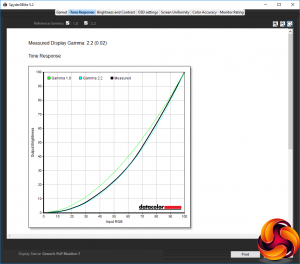 There are no gamma settings, and the standard curve is pretty spot on 2.2, which is reassuringly mid-range. 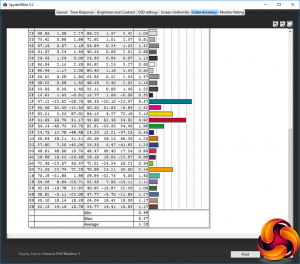 Colour accuracy is the big surprise, with an average Delta E of 1.28. This is brilliant for a portable screen, implying that this is an excellent choice of display for design work on the move.

We also tried some games and movies. The latter were smooth, and the former better than expected. The Armari test system included an AMD Radeon Vega Frontier Edition, and even with USB C-connected DisplayLink screens, the main GPU is used for acceleration, and since this is a pretty potent graphics card, gaming was surprisingly reasonable.

Overall, the MB16AC is a capable performer where it needs to be. The gamut may not be very wide, but colour accuracy is excellent and there are some useful OSD presets on offer for a few different types of use.