The idea of KVM – or keyboard, video, mouse – is usually associated with business computing users. But there's no reason why it couldn't also be useful to have in a gaming screen, so long as it doesn't compromise on features elsewhere. Maybe you game on a dedicated desktop and work on a notebook, or have a separate system set up as a server. This is where Gigabyte's M27Q comes in. It's the world's first gaming monitor with built-in KVM.

Gigabyte certainly hasn't compromised on the M27Q's gaming capabilities looking at the specification. The panel is IPS, but not a run-of-the-mill IPS panel that would be better suited to professional activities. Instead, it's a Super Speed version, which has been designed to combine the image quality of IPS without the poor pixel response normally associated with that panel type. The M27Q is a 27in panel with 2,560 x 1,440 resolution – currently the sweet spot resolution for gaming, balancing detail with most decent graphics cards' abilities to deliver usable frame rates.

The Super Speed aspect is revealed when you look at the pixel response rating. The M27Q is capable of 0.5ms, although this is MPRT rather than grey-to-grey, but that's still twice as fast as most IPS panels are capable of. The maximum refresh is also 170Hz. We're now quite used to seeing panels with 144Hz, but 170Hz is still a little bit special. However, the other regular characteristics of IPS are in evidence. The typical maximum brightness is 350cd/m2 and contrast 1,000:1 – you would need a VA panel for significantly better contrast.

Despite only offering 350cd/m2 brightness, the M27Q still supports VESA Display HDR400 for HDR gaming and media. This is also an AMD FreeSync Premium-compatible screen, so adaptive sync can be used with a compatible graphics card. This is the middle level of FreeSync, between the basic level and Premium Pro. However, this screen isn't on the current list for official NVIDIA G-sync compatibility. You could still enable it, but it's not officially accredited. 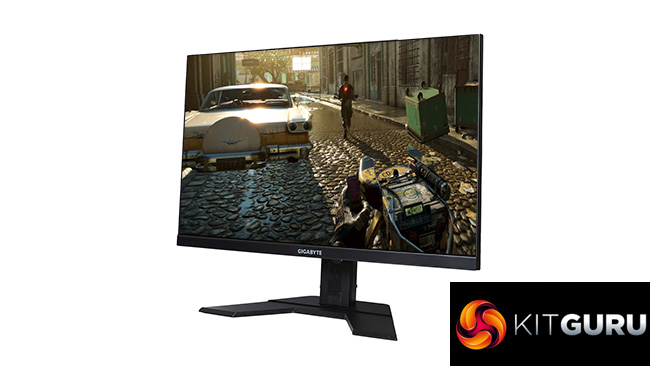 The input ports are reasonable, including two HDMI 2.0 and a single DisplayPort 1.2 input. The USB C port also supports video, allowing you to connect a compatible laptop or tablet so that it can (in theory) receive power, connect to keyboard and mouse, and send its video signal – all along one cable. There is also a conventional USB 3.0 upstream port plus two downstream ports. However, ergonomic adjustments are few and far between, with just tilting and raising available, not swivelling or portrait mode. Nevertheless, despite all its positive features, the M27Q is not that pricey, coming in at under £320. In theory, you're getting a lot for your money. Let's find out if that's true in practice.