We tested the Linsys Velop in a very similar fashion to the previous review. First, we wanted to assess the raw throughput of the “backhaul” connection between the two satellites, then the wireless throughput for client systems. For both tests we used the open-source iPerf 3.1.3 software and three Windows 10 systems (HP Folio 13 and HP Spectre 13 X2 notebooks, plus a self-built Intel Core i7 workstation). For the backhaul test, the HP Folio 13 and workstation were connected via Gigabit Ethernet, the workstation to the router and Folio 13 to a satellite. The two Velop satellites were placed at about 1m away in the same room and 5m on the same floor, and then about 10m on a lower floor respectively. These tests were performed in a regular four-bedroom London terraced house – narrow but going back quite a bit towards the rear.

First we tested with both workstation and Folio 13 systems connected to each-other directly via an Ethernet cable. This was to show the maximum theoretical throughput of the network adapters. Unlike with the Orbi, we couldn’t then attach both systems via the primary Router, because the Velop only has two Gigabit Ethernet connections and one was connected to broadband already.

Then we attached the Folio 13 notebook to the Satellite via Ethernet and placed it at 1m, 5m and 10m (approximately) away from the Router in succession, so it communicated with the desktop via the Velop’s “backhaul” connection. There was a wall in the way of the 5m distance, and a couple of walls and a floor with the 10m test.

Once we had assessed the best-case scenario for the two node distances, we tried out the Velop’s range extending abilities. Our primary test notebook for this portion, an HP Spectre 13 x2, supports 802.11ac, although not with multiple antennas.

We placed the notebook 1m, 5m, 10m, and 15m from the Router, although with the 10m test it was near the second satellite, then 5m from the further satellite for the 15m test. Then we moved it a further 5m outside the back door of the house.

We performed a similar test using the HP Folio 13’s 802.11n connection, but only up to 15m, and not outside the house.

In each case we took 60 readings of throughput at one second intervals and calculated the average (iPerf does this automatically). We are also comparing the Velop’s performance with the NETGEAR Orbi. Note that for the wireless tests the Orbi’s satellite was at the same 10m distance as the Velop’s second satellite. 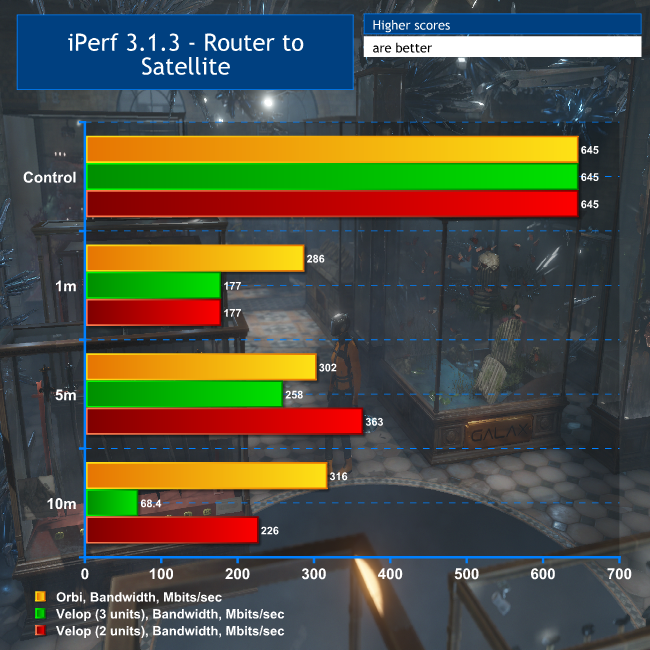 There was a clear improvement of the backhaul performance with two units compared to three. Strangely, in close proximity it wasn’t as fast as 5m away, although we saw a slight sign of this with NETGEAR’s Orbi. The Velop was actually around 20 per cent faster at 5m, although this dropped considerably at 10m. Nevertheless, the backhaul was over three times faster at 10m with two satellites rather than three, which begins to bear out what Linksys has claimed, although it was still noticeably slower than Orbi. 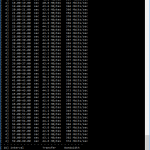 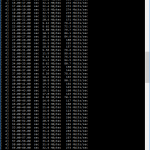 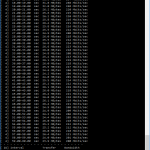 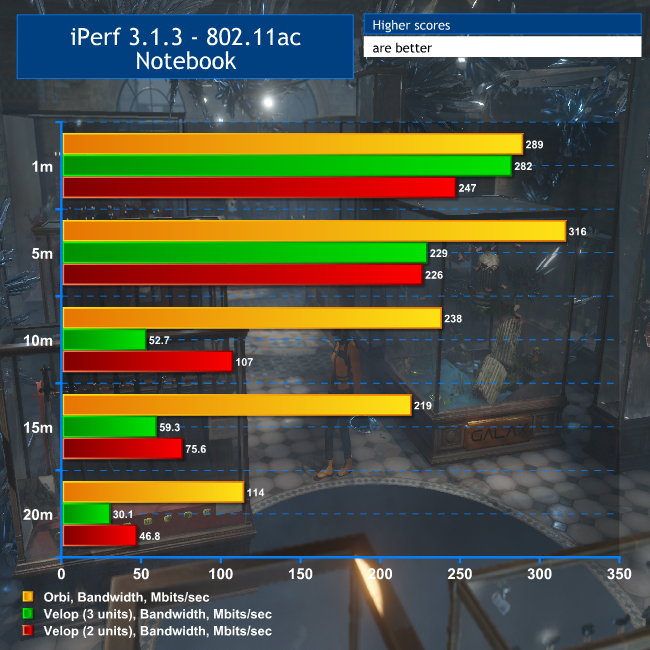 The faster backhaul did translate to faster 802.11ac performance. This didn’t reveal itself up to 5m, but at 10m performance was about twice as quick, and 20 per cent faster at 15m, as well as 50 per cent faster at 20m. You clearly are getting better WiFi performance with two Velops than three. However, NETGEAR’s Orbi is still at least twice as fast 10m and beyond, and noticeably quicker at closer distances from the main satellite. 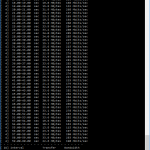 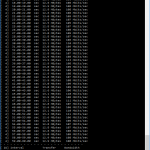 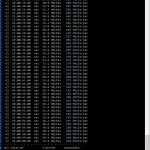 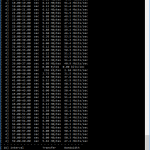 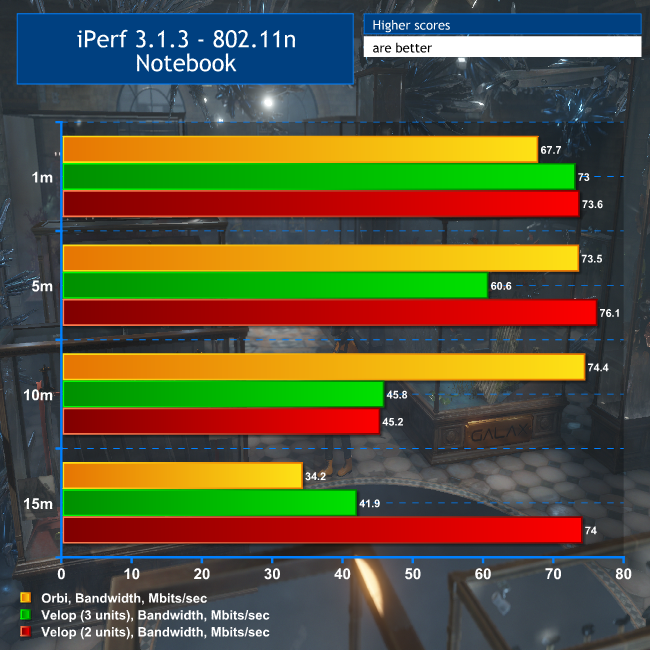 Where Velop with two units showed its prowess was with 802.11n. In this test, it was quicker with two satellites as before, but also quicker than Orbi at most distances. Curiously, the only aberration was at 10m. This might be because the notebook was placed near the second satellite and could therefore also have been trying to use the signal from the first. At 15m, it was a surefire winner – and Velop with three satellites was already better at 15m than Orbi. 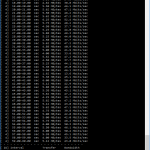 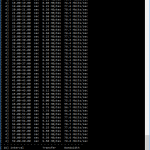 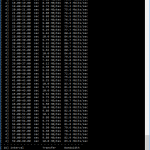 Overall, though, it’s still a mixed bag for Velop. It’s clearly good for 802.11n coverage, and it’s also evident that for a reasonably sized house like our test location, two units are noticeably faster than three. But the NETGEAR Orbi still rules in 802.11ac.