The MSI Optix MPG341CQR is a huge screen in a massive box. 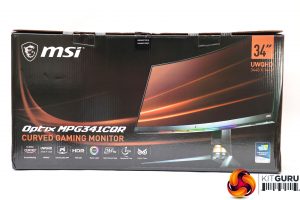 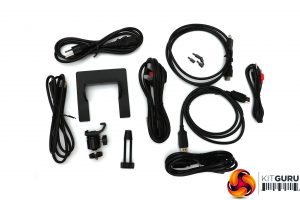 The bundle is comprehensive, with power cable for three different plug types. You also get DisplayPort and HDMI cables, plus an analog audio cable and USB upstream. There’s a backplate to neaten up the rear of the screen once you have attached the stand.

There are even some nice additions for the serious gamer, including a mount for your action camera so it can sit on top of the screen, and a “bungie” for your mouse to keep the cable clear of the desk and expedite movement. 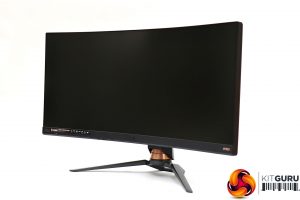 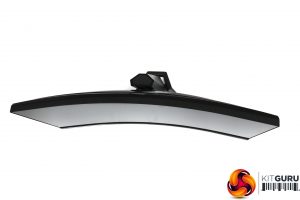 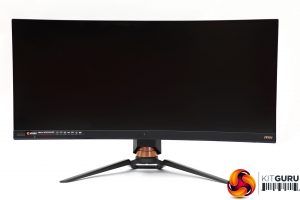 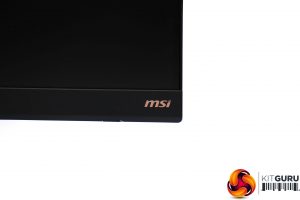 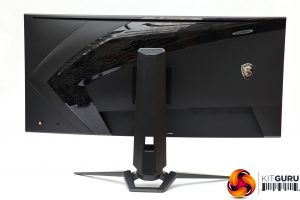 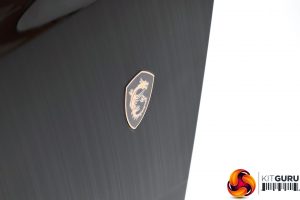 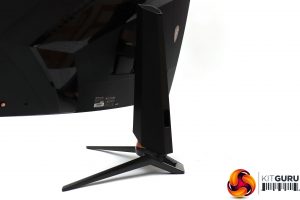 The MPG341CQR walks a fine line between gaming bling and seriousness. The predominate use of black adds class, but there are also five LED strips along the bottom which pulsate with colour (by default) and they are a bit more (literally) in your face.

The 1800R curve is reasonably subtle, but still gives a screen this wide a “wraparound” sense where the edges are essentially in your peripheral vision, which is good for a sense of immersion. There are areas of copper finishing on the stand, which sets things back onto a classier footing. 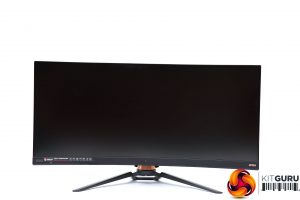 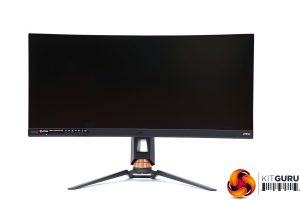 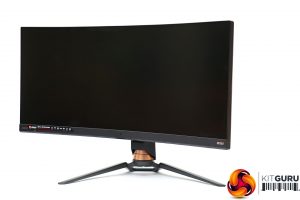 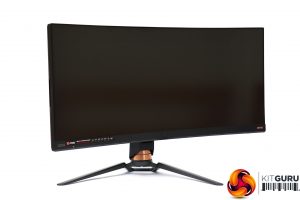 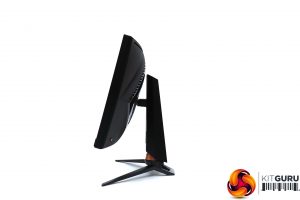 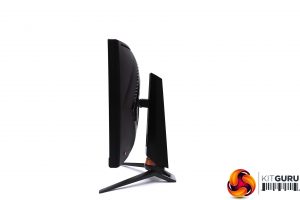 Despite the ungainliness of the width of this monitor, there is still a healthy range of adjustments available. You can rotate the screen on its stand up to 30 degrees left or right, and tilt it five degrees forward or 15 degrees back. You can also raise or lower it through 100mm, which isn’t as much as some screens but still useful for getting the eye level just right. 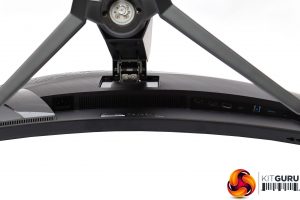 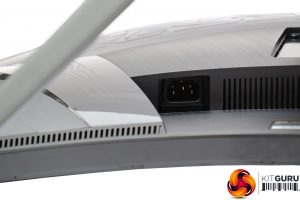 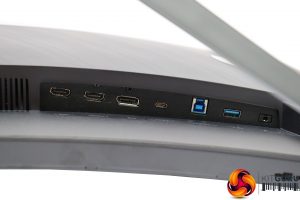 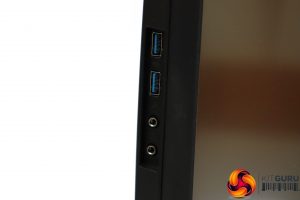 The port allocation is decent and cutting edge. The positioning is also well thought out. On the back can be found a single DisplayPort 1.4 connection plus two HDMI 2.0 ports. There’s also USB Type C for video connectivity. There’s a USB 3.2 Gen 1 Type B (essentially USB 3.0) for the upstream from your PC, plus a single USB 3.2 Gen1 Type A, and a minijack for routing analog audio from your PC.

However, MSI has sensibly placed a couple more USB 3.2 Gen1 Type A ports onto the side, where they’re easily accessible, as well as placing minijacks for microphone input and headphone out at the same location. This is much more convenient than putting them around the back where you will have trouble reaching them or seeing where they are.

It’s worth noting that you can only achieve the 144Hz refresh if you use a DisplayPort 1.4 or USB-C connection. The HDMI port is limited to 100Hz. 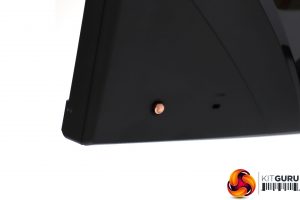 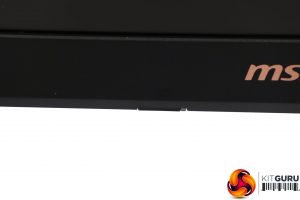 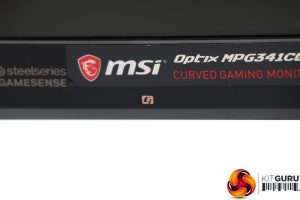 The menu is exclusively operated with a joystick on the rear. This has become a pretty standard system, although some manufacturers also provide some buttons. MSI doesn’t. But there is a separate power button on the bottom, rather than making this a function of the joystick as some manufacturers do, such as Samsung. There’s also a G function button on the bottom left, which we’ll discuss later in this review.

Previous LUKE and LEO get technical – The AMD Zen 2 Episode!
Next RED admits to Hydrogen One troubles and commits to improved Hydrogen Two