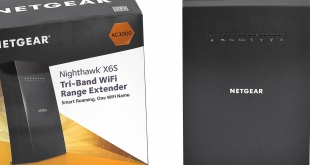 Mesh WiFi systems can really improve your bandwidth, but until recently they existed as a separate choice. You either had a powerful, feature-rich standalone router, or you had a mesh. You could turn off the WiFi on your router and add the mesh router as an access point instead, but that can be a waste of good WiFi.

Recently, we looked at ASUS's AiMesh system, which creates a mesh by adding a secondary router to one you own already. But NETGEAR has a slightly different approach with the Nighthawk X6S Tri-Band WiFi Range Extender.

With the ASUS system, you're still buying a capable second router and not using a large proportion of its functionality. Primarily, only the multi-band radios are being employed, not the routing features. NETGEAR's alternative is to provide a dedicated unit that attaches to your existing router like a normal range extender, except that it uses Mesh technology, so expands the same SSID. It's specifically designed for this purpose.

The issue with regular range extenders is that they piggyback off the existing WiFi to create a second WLAN, which your devices will only connect to automatically if they are out of range of the original one. Otherwise, you will need to switch to the new network manually, which won't be particularly convenient in the middle of streaming a video from YouTube. The X6S should switch you over to the most powerful signal wherever you are, automatically. 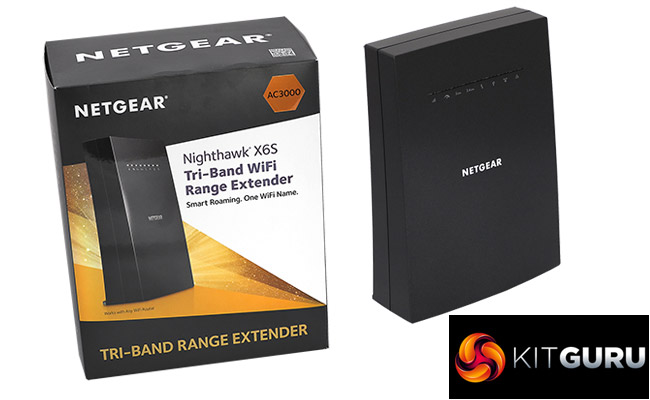 The Nighthawk X6S provides pretty powerful WiFi credentials, with three separate radios and a 4×4 antenna configuration. The AC3000 rating is comprised of a 1,733Mbits/sec 5GHz band, an 866Mbits/sec 5GHz band, and a 400Mbits/sec 2.4GHz band. It also sports a four-port Gigabit Ethernet switch and USB, although only USB 2.0. What it doesn't have is a fifth Gigabit port for direct broadband connectivity. This is definitely not a device that could double as your router.

As a result of its lack of routing functionality, the X6S is considerably cheaper than an AC3000 router, or indeed many routers with a lower bandwidth rating and just two radios. So your money is being spent on what's important for a WiFi extender – the WiFi. Confusingly, NETGEAR appears to have another product called the X6S which is a full router, so to avoid a mixup, this model is the EX8000 version.

The X6S uses its three radio bands in the same way as NETGEAR's Orbi, however. One of the radios will be exclusively employed as the “backhaul” to the router (probably the fastest 5GHz link), and the other two can then be utilised without contention by your WiFi devices. Obviously, the speed of the Internet connection depends on the router the X6S is connected to, however. Best results will probably be achieved with a fast tri-band router as well.

But the basic concept of the NETGEAR Nighthawk X6S Tri-Band WiFi Range Extender has potential, and should be less disruptive to your existing setup. Your host router doesn't even need to be from NETGEAR, although it does need to be for the One WiFi Name feature that gives you the benefits of mesh WiFi, otherwise it functions as a regular extender. The proof of the pudding is in the eating, however, so let's take a closer look at the X6S's abilities.