The Philips 272P7VPTKEB’s box doesn’t exactly inspire excitement, but this is indicative of the more business-focused feature set within. 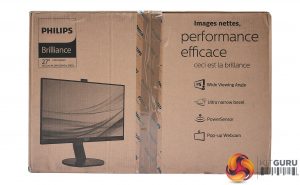 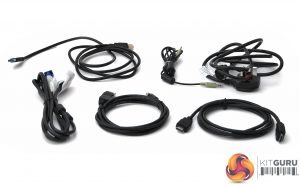 Since the screen has its power supply built in, only a kettle lead is necessary to hook up to the mains. There’s a USB cable for the built-in hub, and an audio cable so you can route PC audio to the screen’s built-in speakers. Video cables are supplied for three of the four connection types available – VGA, Mini DisplayPort and HDMI. 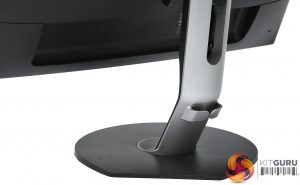 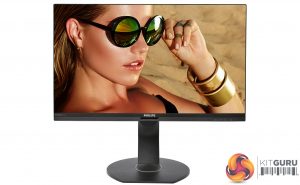 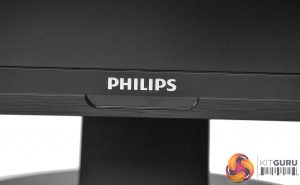 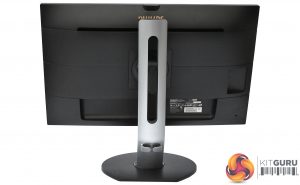 This is a very corporate screen in appearance, with black being the major theme. The rear of the stand is silver, but you can hardly see that from the front. Philips is clearly banking on the fact that black goes with most other colour schemes, or maybe just that business computers are generally black these days too.

The bezel is very thin at the top, left and right, and in fact almost invisible, which is attractive and handy if you want to make a wall of multiple screens. 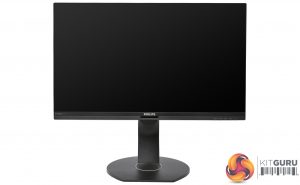 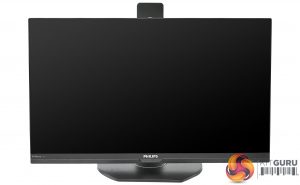 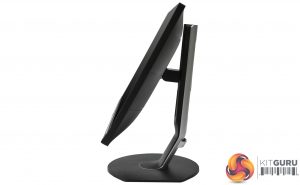 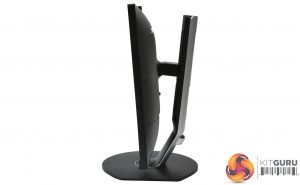 There are lots of adjustment options available with the 272P7VPTKEB. In fact, this could be the most adjustable screen we have ever tested. You can adjust the height of the screen through a range of 150mm, and tilt forward five degrees or back 30.

You can also rotate the entire screen 90 degrees into portrait orientation. Most impressively, the screen can be swivelled 175 degrees in either direction, which means it swivels almost the entire way round. 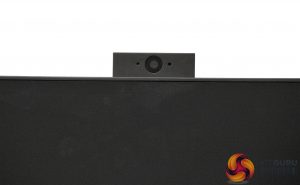 Another bonus for corporate users is the pop-up 2Mpixel webcam. The pop-up aspect is more than just a gimmick, as it means you can physically stop it from being able to see anything without having to unplug it or stick unsightly tape over the lens. So this is actually quite a sensible strategy. 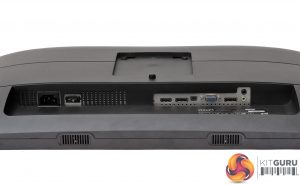 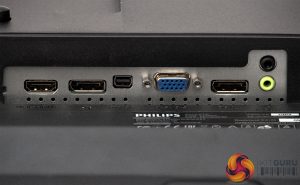 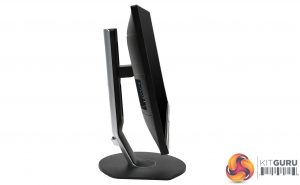 Most of the ports are on the left-hand underside of the screen (assuming you’re looking from the front, unlike in the pictures above), with just the power connection and mains switch on the right. Aside from there being no DVI input, the video connections are comprehensive. There’s an HDMI 2.0 port with MHL support for smartphone connections.

The USB 3.0 upstream and three downstream ports are handily placed on the side of the screen, making them easy to reach. 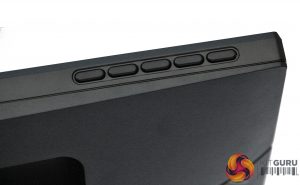 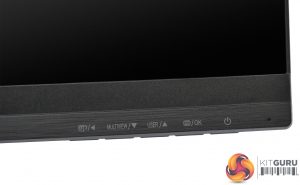 The OSD controls are coventional, and Philips has provided symbols on the front of the screen so that you know what each of the five buttons does, although the one on the far left is a bit cryptic. The buttons are positioned underneath the bezel and quite large, making them relatively easy to operate. 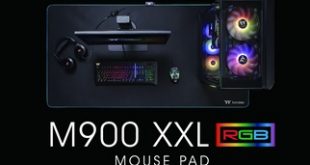 Nowadays, a lot of PC gamers are gravitating towards larger mouse pads that can cover …