The Transcend DrivePro Body 52 works as a standalone unit, rather than requiring any particular commercially installed infrastructure, so is available from regular electronics retailers. 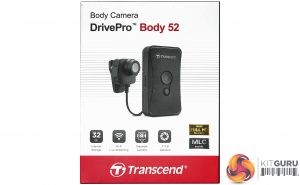 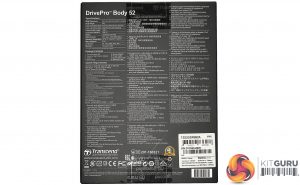 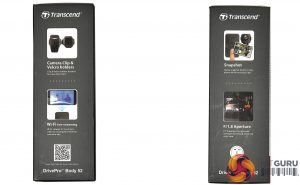 There are industrial add-ons such as a charging and data connection unit for multiple base stations, but we weren’t sent that for our review. 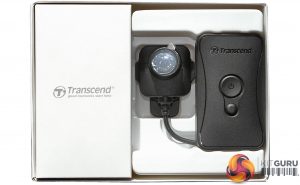 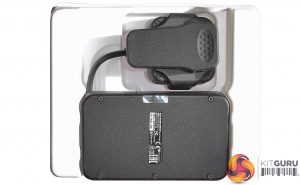 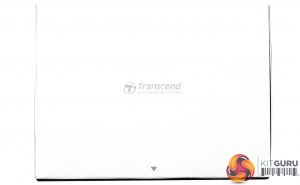 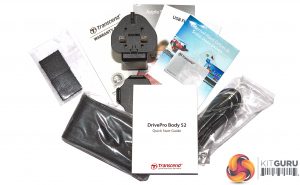 Although the unit price isn’t huge, the package contents are reasonably comprehensive. Aside from the camera unit, which plugs into the base unit via a cable intended to prevent water ingress, there’s a clip attachment for the camera, and a second mount for use with the two Velcro patches that are also included.

A belt pouch is supplied for the base module, and a proprietary cable that converts the base unit’s minijack into USB 2 for data and charging connectivity. Finally, there’s a mains adapter so you can charge the base module via its USB connection. 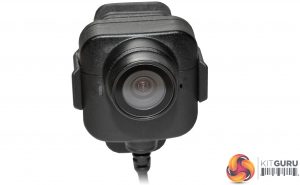 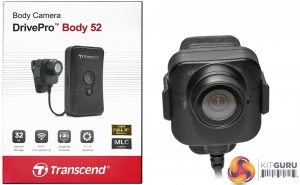 The CMOS and F1.8 lens sit in their own separate unit that is attached via a wire to the base module. Transcend doesn’t divulge either the size or the pixel count of the CMOS, however. So we can’t make any educated guesses about potential image quality. However, the camera is robustly constructed and the whole setup with the module below meets IPX4 standards, which means that it is resistant to being splashed with water from any direction, but isn’t fully waterproof so can’t be submerged. This isn’t a divecam, in other words, but a bit of rain or someone throwing a drink at you won’t be a problem.

There are two ways of mounting the camera on your person. There’s a very solid rotating clip, or you can switch that mount for one with a smooth surface designed to receive an adhesive velcro pad, with two pads included in the box. 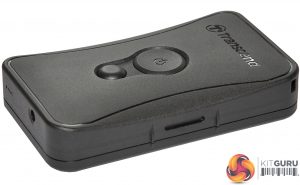 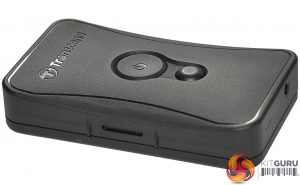 The other half of the Body 52 is a solid lozenge containing the battery, storage and a couple of control buttons. The big button turns the unit on, and this automatically enables recording. The small button turns WiFi on, which we will explain later. The storage unit has no removable option, and is hardwired with a reasonably generous 32GB of flash memory.

The Full HD footage is recorded at 14.5Mbits/sec, so the 32GB will be enough for nearly 5 hours of footage. That’s not quite enough for a whole working day, but would probably suffice for the half day before or after lunch.

The 1530mAh battery is allegedly enough for 3.5 hours, so around half a day. Loop recording is now available with the latest version of the software, so you can configure the unit to overwrite the oldest files with new ones once storage is full. 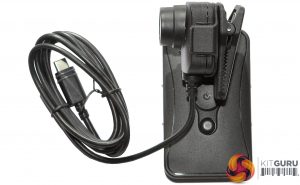 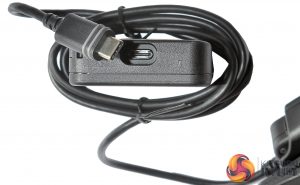 The cable on the camera attaches to the storage and battery module via a proprietary cable. The plug inserts deeply into the storage module, and has two little rubber rings built into it so that water or other fluids won’t get into the electronics.

Previous Amazon introduces Amazon Cash top-ups in the US, no need for bank cards
Next Cemu users are able to run Zelda Breath of the Wild in 4K now