To celebrate the upcoming Tom Clancy’s Rainbow Six Siege UK Ireland Nationals, Asus ROG has partnered up with Ubisoft to giveaway a peripheral bundle every week for the next four weeks. The grand prize will be an Asus PG259QN 360Hz gaming monitor.

Ubisoft’s has recently kicked off the Summer Season for the Tom Clancy’s Rainbow Six Siege UK Ireland Nationals. Fighting for a place in the 2021 Challenger League and a chance to qualify for the 2022 European League, eight teams will be clashing from June 29th up to July 27th. Matches will occur during Tuesday and Thursday evenings, totalling seven days of matches.

The top two teams will immediately qualify for the UKIN finals, scheduled for August 28th and 29th. From third to sixth place, the teams placed in these positions will play best-of-three matches taking place on July 29th, where the two victorious teams will also move on to the finals. 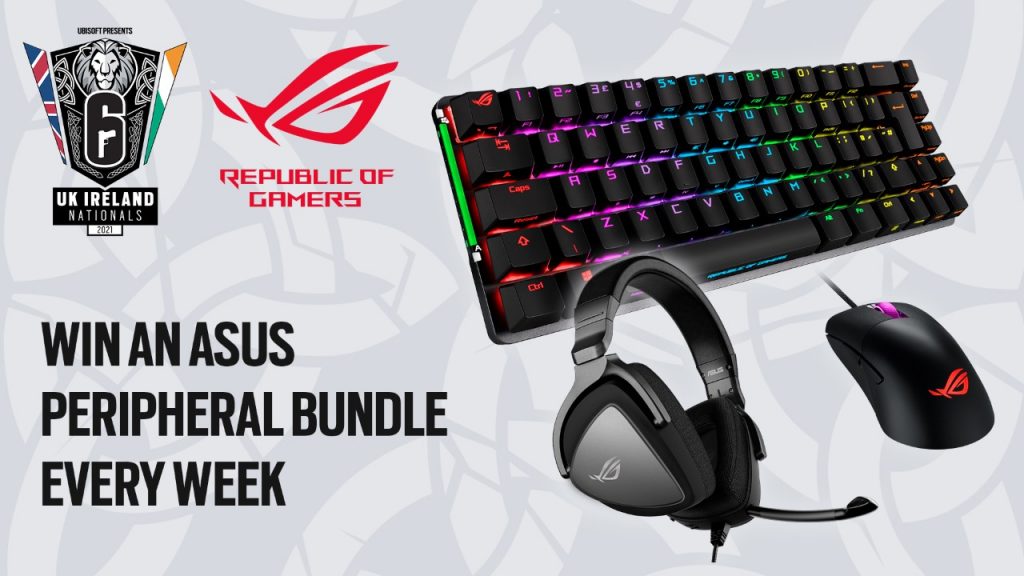 In alignment with the tournament, Asus ROG will be giving out peripheral bundles comprising of the Asus ROG Falchion keyboard, the Asus ROG Delta headset, and the Asus ROG Keris mouse each week to one lucky viewer/commenter. Additionally, Asus will be giving away an ROG Swift 360Hz PG259QN gaming monitor as the grand prize.

To enter the giveaway, or to just watch the tournament, you’ll need to go to Rainbow Six Siege UK Twitch channel.

KitGuru says: Are you watching the tournament? Who are you rooting for to win this year’s Summer Season?