After wowing the world with its first analogue keyboard last year, Wooting has continued its pressure sensitive efforts by unveiling the Wooting Two in both full size and tenkeyless versions. Showcasing the peripheral at CES 2019, developer Calder Limmen tells KitGuru of the improvements the team has made across both the hardware and the software.

Software overhaul now comes with the ability to enable tachyon, allowing for the keyboard to check for input every 1ms. This is important when players need to maintain a certain pressure in order to move faster or slower. Sadly, this does come with the caveat that RGB lighting effects won’t work alongside the demanding feature, although they will remain static.

While Wooting allows users to rebind keys within the software, the more intriguing feature is the “DKS binding.” This gives the ability to add macros with up to 4 separate actions in a single key press. Limmen uses Fortnite as an example, stating that players using the Wooting Two will be able to pull out their building equipment, build and then return to holding their weapon by default, all by pressing one key instead of three or four. 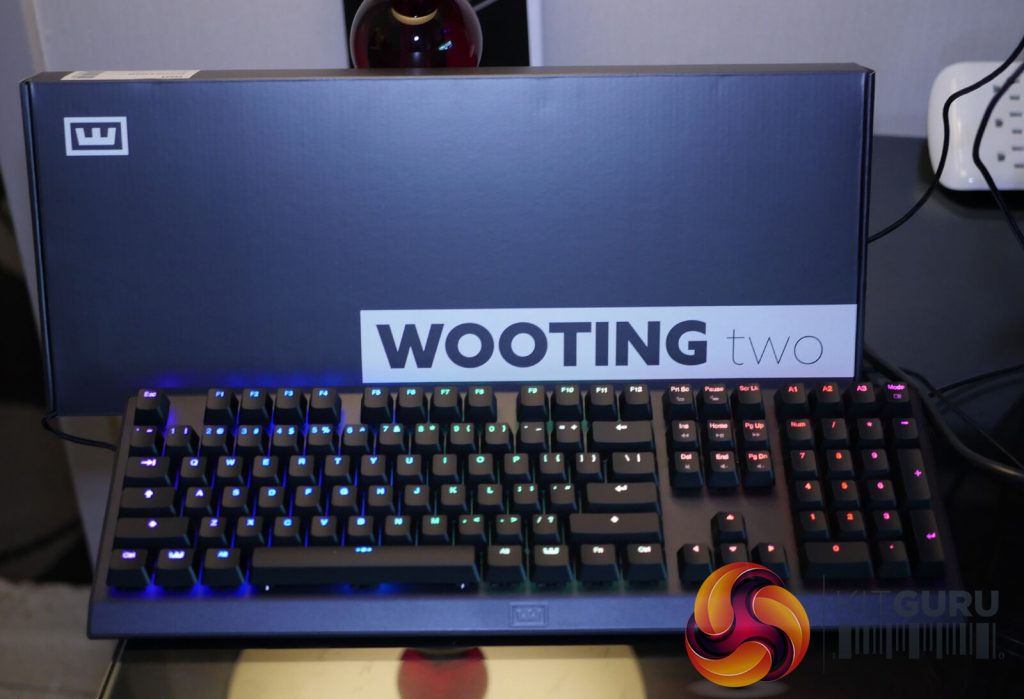 Although competition has arisen from Cooler Master’s Aimpad technology, Wooting retains the edge thanks to pressure sensitivity appearing across all of its keys rather than a limited selection. The Wooting Two is readily available from select retailers, setting consumers back £145/$150.

KitGuru Says: Analogue technology has been missing from PC gaming for quite some time, so it’s refreshing to see something innovative hit the market. What do you think of the Wooting Two?