Mad Catz is officially back

Two weeks ago, a mysterious teaser hit the web claiming that a certain peripheral maker was ‘back in the game'. At the time, we assumed that this had meant that Mad Catz had managed to claw its way back from bankruptcy and now it seems that those assumptions were indeed correct, with the peripheral maker making its return public today.

Less than a year after the company went dark following a string of financial hits, Mad Catz returns today under new management. Mad Catz is of course best known for its range of R.A.T gaming mice, arcade FightSticks and other peripherals. At CES next week, the company will begin officially showing off its new range, which will include new mice, keyboards, headsets and mouse mats. 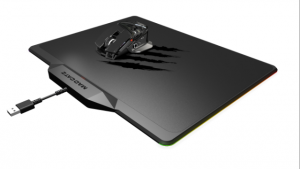 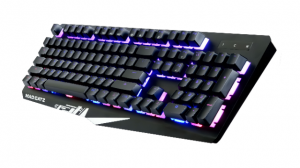 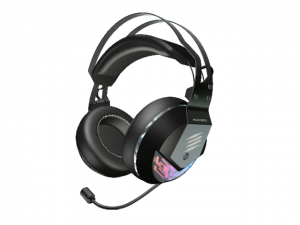 So how did Mad Catz manage to swing back? Well after last year's bankruptcy filing, investors in China stepped in to keep the brand alive. These investors were people who worked at Mad Catz' China-based factories over the years, so it seems that there was a lot of passion to keep things going.

At CES next week, Mad Catz will be showing off a couple of key new peripherals for 2018. The first is the R.A.T AIR mouse, which is a new, fully adjustable wireless gaming mouse. It won't require USB or dock charging either, as it will come with a near field charging system, so the mouse will constantly be juiced up just by sitting on the ‘wireless activation gaming surface'. A USB cable will be included for those who prefer wired mice, you can also use the cable to charge the mouse if you would rather use your own mouse mat.

The second big launch heading out way is the S.T.R.I.K.E 4 keyboard, which is fully mechanical, comes in an aluminum frame and features RGB lighting. Finally, Mad Catz is also coming out with the F.R.E.Q.4 headset. Further details are going to be announced soon, likely at CES next week.

Speaking about the return, Mad Catz' Selena Chang explained that the company firmly believes that its “best days lie ahead”. We are looking forward to seeing what they come up with.

KitGuru Says: It was a sad day when Mad Catz filed for bankruptcy but it looks like the peripheral maker has found its second life. We'll be looking forward to checking out the new Mad Catz gear over the course of the year!