Acer has been guilty of harming the appeal of its monitors by giving them overly garish, gamer-oriented designs, and while there’s an element of that with the XB321HK, it’s not enough to put us off.

The main culprits are the red metal feet of the stand, the silver and red Predator logo on the front of the bottom bezel and the generally angular look to the stand. However, each remains just subtle enough to not be too much of an eyesore.

The rest of the display is a symphony in matt black plastic, and while it’s not exactly an inspiring look it’s entirely fit for purpose.

The one thing this display misses out on compared to its sibling the XB271HU is a low-profile bezel. This reduces the general sleek feel of the display but again it all just adds up to a display that feels largely inoffensive, even if it’s not inspiring. 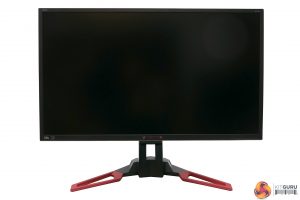 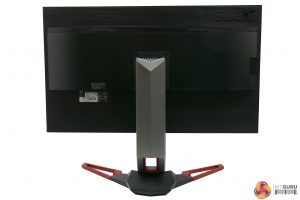 In the box you get all the requisite cables, with one each of Displayport, C13 power, HDMI and USB 3.0. To get the display setup you have to attach the stand to the display with four screws. If you’d like to use an alternative monitor mount, those same four screws are compatible with 100x100mm VESA mounts.

The included stand offers height adjustment and tilt but no pivot or rotation. The former of these is understandable on such a large screen but it is a shame to have no rotation, especially as the display is large and heavy enough to make picking it up and turning it something of a challenge.

Connectivity is also a bit limited due to G-Sync only being able to accept two inputs. You get one each of HDMI and DisplayPort so there’s enough to get by, but a home entertainment hub this isn’t. 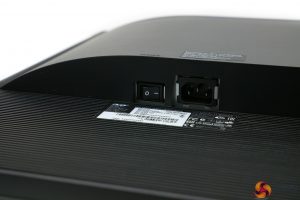 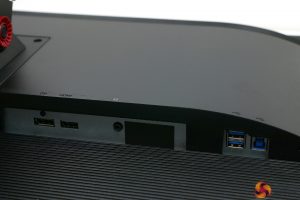 You do, though, get a selection of USB 3.0 ports, with two on the back and two on the side. Plus, the power supply here is internal with a C13 power connection. Often when G-Sync is included, there’s no longer room to squeeze in a power supply so an external power brick is required. The sheer size of this screen negates that. 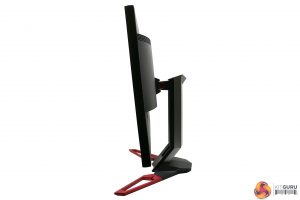 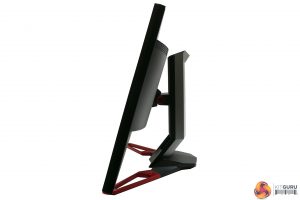 Also included is a basic set of speakers. Here’s where the size of this screen hasn’t been used to any great advantage as the speakers are just as weedy as on most monitors. It’s always nice to have them just in case though. There’s also a headphone jack, though no microphone pass-through.

The OSD controls are on the front of the bottom bezel where they’re visible but thanks to having no labels they’re hardly noticeable. They consist of five conventional buttons alongside the power button.

Despite launching over 5 years ago, Rocket League continues to become more and more popular. …