The ColorEdge PROMINENCE CG3146 from EIZO is the successor to its previous HDR reference monitor the CG3145 and is the first of its kind to introduce a built-in calibration sensor. ColorEdge PROMINENCE CG3146 will correctly display very bright and very dark areas of the screen without sacrificing either, something which is difficult to reproduce in standard dynamic range monitors.

Brightness levels of 1000 cd/m^2 (typical) are achieved with a contrast ratio of 1,000,000:1 for a true HDR display. The most impressive feature of the EIZO ColorEdge PROMINENCE CG3146 is the unique calibration sensor incorporated into the display, that ensures the monitor remains colour accurate over time and streamlines the calibration process so users can stay focused on workflows.

EIZO has equipped the ColorEdge PROMINENCE CG3146 with its ColorNavigator 7 software so users can quickly colour calibrate their monitor reliably with ease. The monitor also includes support for hybrid log-gamma (HLG) and the perceptual quantization curve for editing video content in HDR that renders images true to how they appear to the human eye. 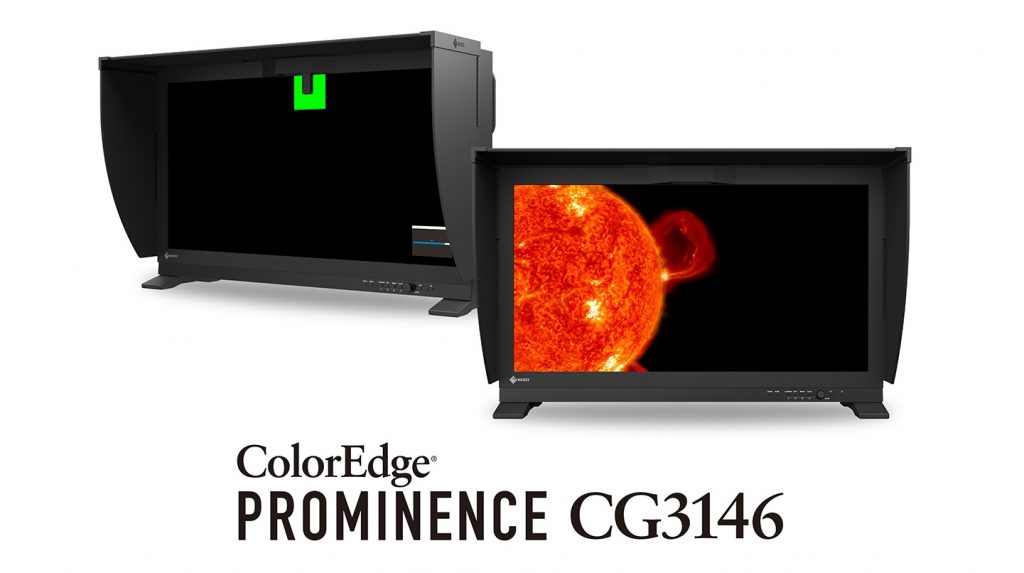 EIZO will be showcasing the new ColorEdge PROMINENCE CG3146 true HDR reference monitor at NAB 2020 in Las Vegas, Nevada, USA from 19th to 22nd April. The monitor is expected to become available for purchase in April 2020, EIZO is yet to reveal the price.