Are any of you guys looking for a 4K display? You might want to wait a while because Dell is about to bring the price of 4K down again with its new monitors. The Ultra HD resolution has been pushed hard this year with prices coming down from $35,000 to $6000 for a TV while Asus brought 4K to the PC with its 30″ monitor at the £3000 mark.

Now Dell has revealed the prices for its three upcoming monitors:

The two UltraSharp branded monitors will be available world wide on the 16th of December with no UK specific pricing announced (the above prices in pounds are direct conversions and will likely be higher when debuted in the UK) , while the sub $1000 28″ monitor won’t be available until early 2014.  Dell said a little bit about its pricing  in its press release: “Dell 28 Ultra HD Monitor delivers Ultra HD resolution at mainstream affordable pricing“.

We’ll have to wait and see what Dell classes as affordable but it’ll likely still be out of reach for a lot of  mainstream 1080p users.

The 4K price drop will continue in 2014 but with all of these high res displays, we’re going to need some more powerful graphics cards to power them. Nvidia will be releasing its new ‘Maxwell’ line next year while AMD will be continuing with its new Hawaii architecture found in the R9 290 and R9 290X.

KitGuru Says: 4K is coming whether you like it or not and hopefully with next years graphics card releases, PC gamers will be prepared.  I wonder when we’ll start calling 1080p ‘standard definition’? Are you guys interested in upgrading to 4K? Or are you still perfectly happy with 1080p?

Previous Survey suggests £255 worth of digital damage per cyber-attack
Next Win another STEAM game of your choice this week! 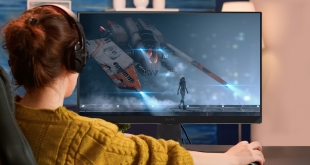