The ASUS ROG Swift PG27UQ is launching in June

It has been a long, long wait since ASUS first announced the ROG Swift PG27UQ. This is set to be one of the first 4K/144Hz monitors to hit the market, and while delays have kept pushing it back over the last year, it looks like we'll finally be seeing a release within the next few weeks.

Acer has already announced its plans to launch the Predator X27 monitor this month, which uses the same AU Optronics panel. ASUS will be delivering its equivalent PG27UQ in June. I was unable to get a final MSRP price, but we do know that the Acer monitor is launching at $1,999.99, so I would expect it to be similar. 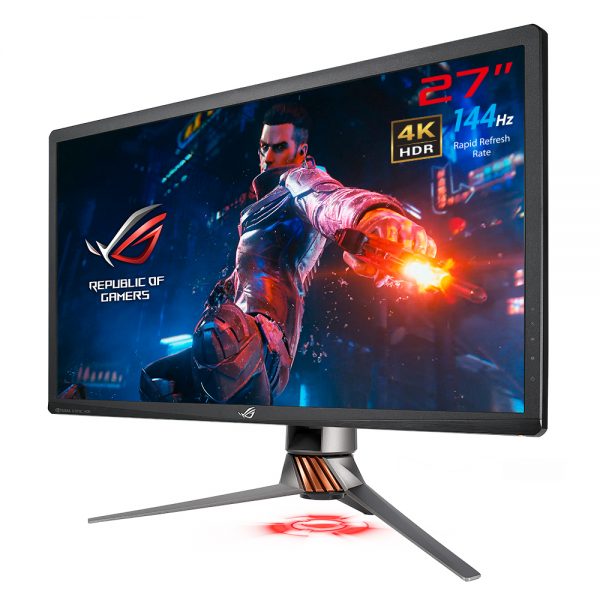 The ASUS ROG Swift PG27UQ will conform to the DisplayHDR 1000 certification, the highest standard currently available for HDR on PC. The panel itself is IPS with Quantum-dot technology, it is rated for 97% DCI-P3 colour gamut and 99% Adobe RGB colour gamut.

The backlighting is all controlled across 384 individually lit zones, and the monitor is capable of a 1000cd/m2 peak brightness. Essentially, it is a spec beast that will please many enthusiasts.

KitGuru Says: I've been looking forward to seeing these monitors finally hit the market, though I was also hoping to see new Nvidia GPUs launch by this point to give us a better chance of gaming at higher refresh rates on a 4K screen.  Will any of you be keeping an eye out for one of these monitors? Or will you be sticking to a lower resolution for the time being?