At the ‘[email protected]' event in New York, the first thing to catch our eye was the new range of Orion 5000 desktops. These are from Acer's Predator range, so they are designed with gaming in mind – and it shows. 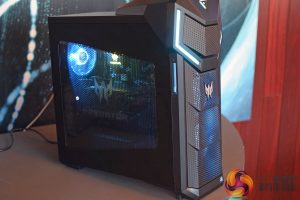 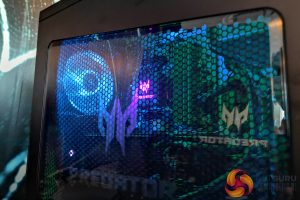 While it is important to note that is is a new range – so the Orion 5000 will come in multiple configurations – the desktops will sport up to an i7-8700K, while you will be able to get up to two GTX 1080 Tis should you wish. While that top of the line spec will obviously mean dealing with the foibles of SLI, it essentially gives you the best gaming performance that is currently available.

While the spec may be impressive, it is perhaps not as jaw-dropping design of the Orion 5000. Featuring a very angular, aggressive case design with a mesh front and RGB fans, the Orion 5000 is going to turn heads wherever it goes. It's safe to say if you take one of these rigs to a LAN, you are going to get a lot of attention. 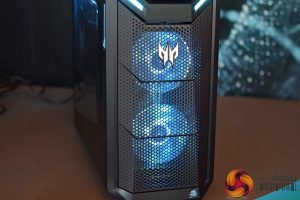 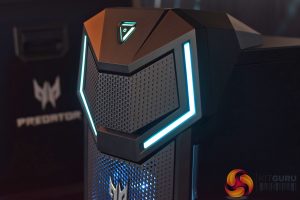 Acer has also made a feature of the fact that the Orion 5000 desktops will be easy to upgrade – something that is not always the case with other pre-built desktops from the likes of Alienware, for instance. From our hands-on time with a sample desktop in New York, users will have easy access to the graphics PCIe slots, DDR4 memory and even the processor itself. It looks like an entirely conventional desktop with nothing proprietary – as far as we could tell.

KitGuru says: It is certainly an immense rig – in every sense of the word. Would any of you consider buying a Predator pre-built system?