There is a 480Hz monitor prototype out in the wild

Over the last year we have seen a rise in the number of high refresh rate monitors around, with 1080p/240Hz panels now becoming more common. It seems like the next jump is just on the horizon too, with 480Hz panels now being tested out in the wild. 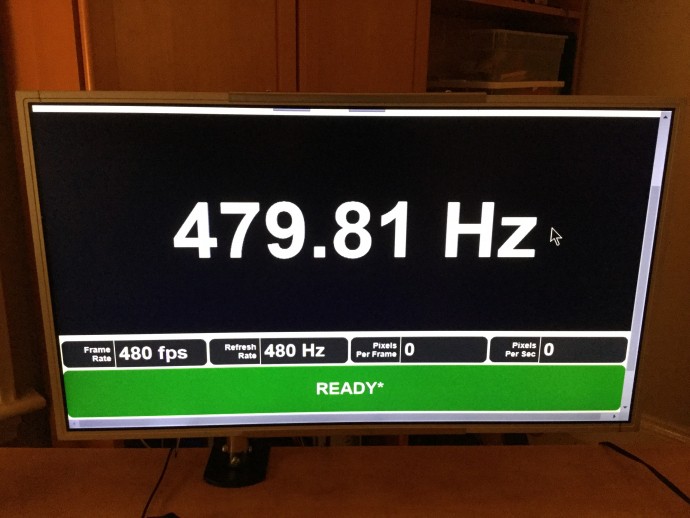 This isn’t a monitor that is going to be hitting the wild any time soon though. Blur Busters has a barebones kit, meaning it is basically just the panel with some basic housing around it. For the time being, that’s all we know about this panel but a more in-depth article analysing the panel is on its way.

KitGuru Says: Display technology seems to be advancing at a pretty fast rate at the moment. 480Hz monitors aren’t going to hit the market for a while but this is still a very interesting look at what the future holds. Whether or not many people will benefit from jumping up to such a high refresh rate remains to be seen.