To test the Strix Impact, I used it as my daily driver for one week. During this time, I used it while playing games, editing photos and just doing regular browsing and other office tasks.

First, let’s take a look at the ROG Armoury software. 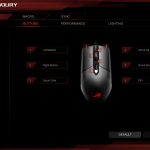 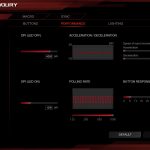 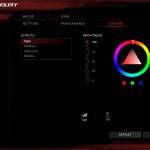 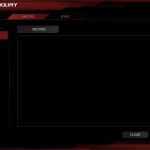 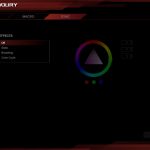 There are 5 tabs available to the Impact while using the Armoury software: buttons, performance, lighting, macros and sync.

For a mouse with relatively few features, the software does the job just fine. You can adjust the lighting and choose from 4 different pre-set effects, set macros (although there aren’t actually any extra buttons to map them to) and adjust some key performance options like DPI stages.

As with the Gladius II, though, Armoury only lets you set 2 DPI stages, which is quite frustrating for me. This is a slightly cheaper mouse, though, with a different target audience, so it is less of a problem for the Impact than it was for the Gladius II, but it is still annoying. 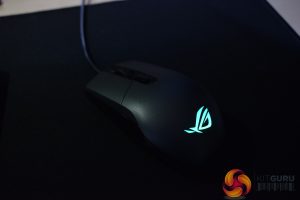 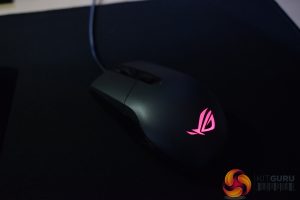 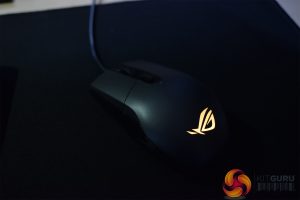 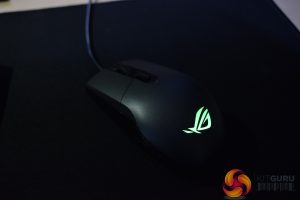 The RGB lighting itself is very good, with vibrant and accurate colours. However, the only lighting zone is the ROG logo at the bottom of the mouse, and this is obviously covered up when you are using the mouse. Because of that, I can’t help but feel one of the Impact’s biggest features is a bit redundant.

The Impact does support Aura-sync technology, though, so the RGB lighting can synchronise across different ASUS and ROG products.

Moving on to the physical testing, the first thing I noticed about the Impact is that it is rather small – it measures just 115mm long, and accordingly, it is too small to grip with my whole hand. This, along with the relatively low-profile nature of the mouse, means that using a palm grip is essentially out of the question, as you simply can’t get your whole palm on the mouse (unless you have very small hands).

Claw grip is fine, though, as I could anchor the base of palm at the bottom of the mouse, leaving my fingers comfortably able to reach the mouse’s buttons.

I did miss having side buttons, quite a lot actually. It is understandable that an ambidextrous mouse won’t have side buttons, but it does limit the appeal of the Impact quite significantly. Many FPS gamers would be put off as the side buttons are great for changing weapons or choosing grenades etc, while MOBA gamers will no-doubt be frustrated that there is nowhere to map a macro.

Other than that, the mouse itself is fine to use. The Pixart PMW 3310 sensor isn’t the current flagship, but I have used it in plenty of mice and it is still very capable. I had no issues tracking, and the DPI can go up to 5000, which should be enough for the vast majority of gamers.

One last point to mention, though, is the Impact’s cable. It is not braided, meaning it is a standard rubber cable. In my experience, these rubber cables can drag a bit more than their braided counterparts, creating friction and slowing your movements down. I did find these problems existed for the first couple of days while using the Impact, but after that, the little kinks worked themselves out and I had no issues with it. I still would have liked to see a braided cable for the improved aesthetics, if nothing else.