Testing a mouse like the Razer Naga Chroma 5G MMO is much the same as other mice, with a few changes. We do the usual general purpose web browsing and photo editing tests, but the gaming tests take a slightly different tack. Although I used the same FPS and RTS tests as usual, due to the MOBA/MMO/RPG focus this mouse has with its multitude of buttons, that is where the majority of testing took place.

I also made sure to pay special attention to key-remapping and the customisation made available by all those extra buttons and the back-end Synapse software. 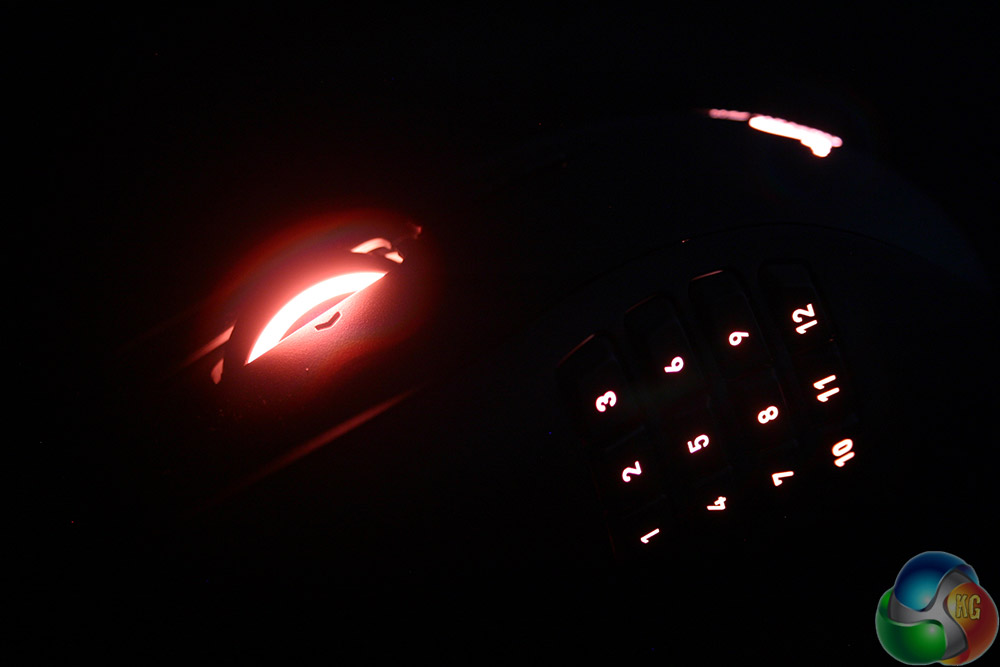 Starting off with more typical gaming in first person shooters and less button heavy titles, I found the Naga Chroma is a solid performer. The 5G laser sensor that Razer has been putting in almost all of its latest generation gaming mice is as capable as ever.

It offers a huge 16,000 DPI to play around with which seems a little overkill, even for users rocking multiple 4K panels. Better yet though, it allows for minute adjustments of sensitivity, so if you want to customise the DPI to something very specific, you can do.

Although more than capable in faster paced titles however, I found the design and shape of the Naga makes it more accustomed to a slower paced experience.

I think that is at least partially down to my more regular usage of finger and claw grip mice – there is definitely an adjustment period – but palm grip designs just do not feel like they have quite the same fast-twitch control as smaller mice.

That is not to say they are not competitive however, as of course a mouse like this works just as well in MOBA’s as it does in MMOs and RPGS and those can be some of the most fast paced games out there. With those in mind, I spent a number of games in Heroes of the Storm and League of Legends, even sometimes using just the mouse to control the game, with abilities and weapons mapped to the various buttons on the sides.

Although it can again take a little adjustment, I felt relatively competitive in unranked games – though I was never a high-level MOBA gamer in the first place. 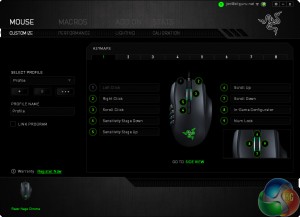 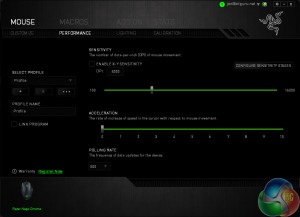 As much as the Razer Naga Chroma 5G MMO is strong in any game you play it really shines in titles sporting a lot of keyboard shortcuts that you would rather not have to press with another hand. If you play MMOs, or even more single player focused RPGs that have a lot of commands, remapping them to your new Naga Chroma makes a lot of sense.

Changing what buttons do what on this mouse is incredibly easy thanks to the Synapse software. It is intuitive and easy just jumping into the back-end and doing everything before booting up a game, but you can then have it load that particular set up when you boot the game.

Better than that, there is an in-game configurator that can be turned on. When that is in play, a simple tilt of the control wheel (at default mapping) pulls up an overlay that lets you remap the mouse’s functions without leaving the game. There were also no problems with the software forgetting things as it seemed to do with the recently reviewed Razer Orochi.

Testing these functions out in a few different games, I found that although perfectly capable for use in frantic MMO action like PvP, I do not know if you will ever beat two handed speed with a single handed peripheral, since pressing buttons requires you to think of something else other than targeting with the mouse. 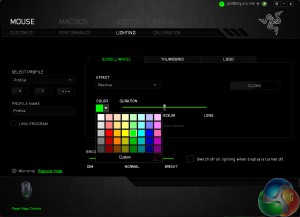 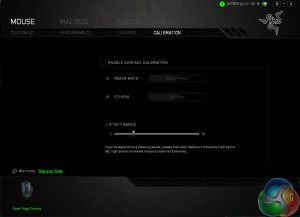 Lighting options are a little more limited on this mouse than rodents like the Mamba, but still deep and varied

The real charm of this mouse comes to play in slower titles. Switching everything to a single hand can make complicated MMOs and RPGs much more relaxing. If you are working your way through the Enhanced edition of Divinity Original Sit for example, the many button commands there can be within reach of your right-hand’s fingertips.

Considering it is a turn based game, the pressure eases off even more and remapping buttons stops being about beating an opponent and more about improving the experience for the gamer.

Thanks to the modularity of the Synapse software and the Razer Naga Chroma 5G MMO, if you grow bored of slower paced games and want to jump into something with a bit more adrenaline attached, you can do so easily enough. Changing profiles and key-remapping on the fly is also possible through the in-game configurator, so if you want to go from PvE to PvP with a different character, with different abilities and therefore a different button layout, you can still do so without leaving the game.

Outside of gaming the Naga Chroma is a comfortable mouse to use over long periods. The palm grip style gives your hand and wrist plenty of support and its smooth, lightly textured surface is soft against your palm and provides a measure of grip should there ever be some perspiration build up.

The in-game key remapper is fantastic.

There is also adequate support for ring and little fingers on the right hand side.

The scroll wheel is a little loud and might annoy some users, but that rubbing grind can give you an additional cue on how far you have scrolled, which others may find useful. The tilt left/right click works very well however, giving additional functionality in and out of games. 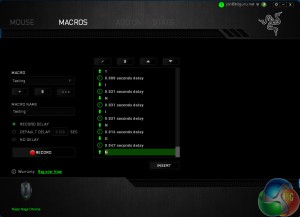 Macro recording is as deep as usual

On top of it all, the Razer Naga Chroma even looks good because it has that deep, customisable Chroma lighting package. It does not have the full Chroma configurator support that the likes of the Razer Mamba does, but then it only supports lighting on the back logo, buttons and scroll wheel – there is no wireless base station or light strips to play with on this mouse.