Earlier this week, Kingston announced a new trio of secure, encrypted USB keys. Now, we are seeing more hardware-encryption security keys hitting the market, with the latest being the Aegis Secure Key 3NXC USB drive from Apricorn. The main selling point for this one is “on-the-fly 100% hardware-based encryption”.

One of the main features of Apricorn's new pen drive is that it's the first encrypted USB flash key with a C connector. The USB drive is “software-free”, meaning that the 256-bit AES XTS encryption is 100% hardware-based. The Aegis Secure Key 3NXC also comes with an onboard keypad where a pin can be entered for authentication. 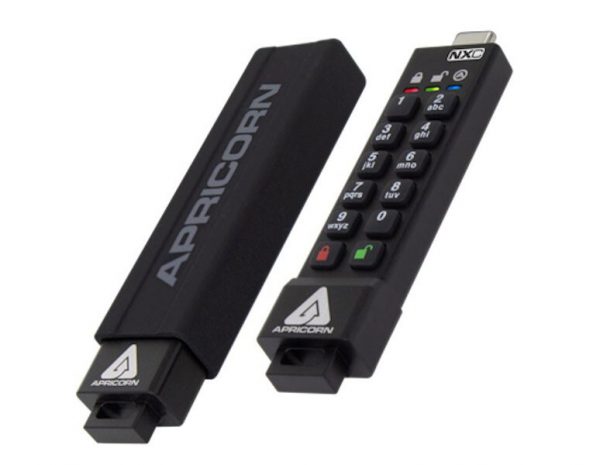 The USB drive is also described as “OS agnostic”, which signifies that it works with “Windows, Linux, Mac, Android, Chrome, embedded systems, and equipment possessing a powered USB port and storage file system”.

KitGuru says: Standard USB drives can be somewhat unsafe for storing sensitive data, but encrypted, security-focused drives like this get around that with a bunch of features. Do many of you take your data security seriously? Is an encrypted USB like this something that you would use?

Previous Samsung is reportedly going to invest in GlobalFoundries
Next Halo Infinite is still a ‘work in progress’, demo was played on PC