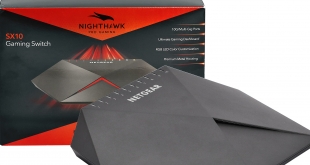 Most home network users will find a WiFi router to be sufficient for their wired networking needs, as these usually come with at least four Ethernet ports. But if you regularly invite more than three friends round for a LAN, or run games over the network at a more serious level, a few more connections will be essential. This is where NETGEAR’s Nighthawk Pro Gaming SX10 Switch comes in.

With a mean-looking wedge-shaped appearance, the Nighthawk Pro Gaming SX10 is not like most switches you will have come across. It’s not designed to be hidden behind closed doors in a machine room, but to sit on the desk between a bevy of kick-ass gaming rigs that look equally mean and glow with bling-y LED lighting. 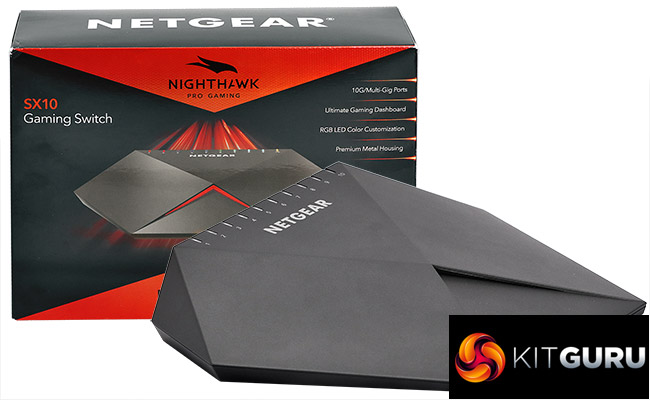 The Nighthawk Pro Gaming SX10 isn’t just style over substance, however. It sports ten Ethernet ports, so you could create a ten-system LAN, although more likely one of the ports will be an uplink to an Internet router. In fact, two of the ports are 10Gbit Ethernet, and can be aggregated, so you could have a 20Gbit uplink to your gaming server, an Internet router, or another switch for an even bigger LAN.

There are game-oriented networking monitoring tools and control over the LED lighting behaviour, too. So this is a very focused piece of kit for games networking. It looks the part and the specifications fit the bill, but at close to £250 it’s professionally priced as well. Let’s look a bit more closely to see if its real-world abilities match up to the cost. 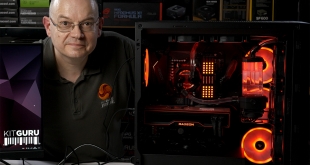