A wireless mode will also be included for streaming music from a mobile device or bluetooth enabled PC/laptop. The Soundbar comes pre-configured with EQ settings for movies and games.

The dedicated subwoofer included is quite large and should provide a pretty good bass response. The soundbar comes equipped with an on-board Dolby decoder, allowing it to create a virtual surround sound environment, which uses audio positioning techniques to make you think sounds are coming from different directions.

The Soundbar will be available in the US and UK from November onwards, costing $199 and £159.00 respectively. You can currently pre-order the soundbar from Razer’s store, HERE.

KitGuru Says: Razer’s CEO has been teasing a product announcement for the last week or two and given its ‘sea creature’ name, many guessed that it would be an audio product. However, Soundbars are a new category for Razer so it will be interesting to see how it performs as well as how well received it is.

Previous Alienware’s external graphics solution is here, but do we need it?
Next Apple killed off the iPod Classic because it couldn’t get the parts 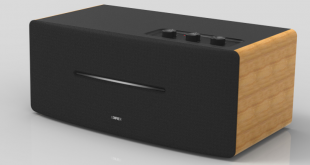