Mario has been Nintendo's most popular mascot since his inception in the '80s, spawning whole libraries of games within his universe and others, as he battled bosses, goombas and played a variety of sports for our entertainment. And yet somehow, in the second half of the second decade of the new millennium, he's becoming a mascot for Epic Game's Unreal Engine 4 too. 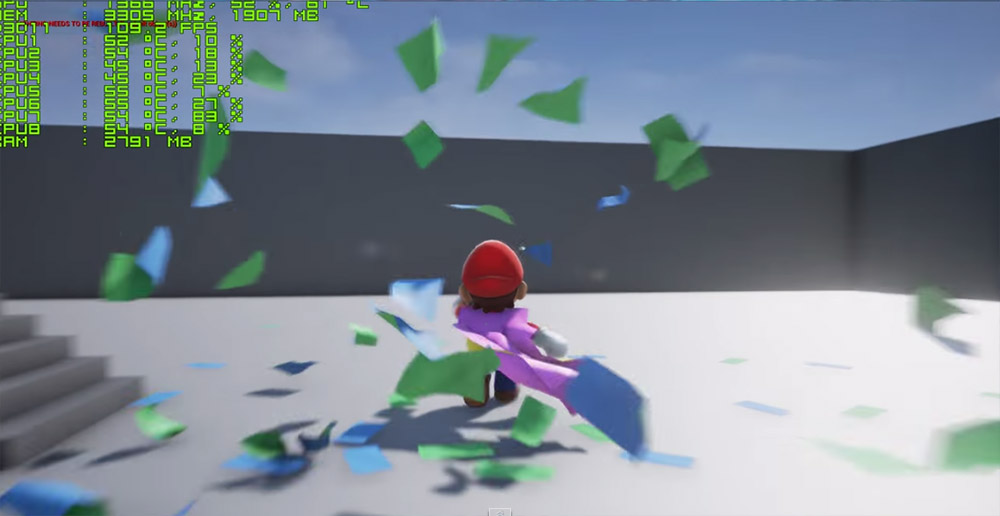 At least, he's taking part in demonstrations of the engine's capabilities. Just last week we saw him cavorting round in some of the beautifully detailed worlds that people have created to show off the engine and how pretty its light effects are, but now he's demoing what its physics are like too.

In a new video demo, Youtuber CryZENx had Mario running around various ball filled rooms, wearing a cloth cape, disrupting falling boxes and otherwise kicking stuff around to show how many moveable parts he can manipulate without bringing the frame rate crashing to the ground.

Admittedly the plumber does have a fair number of CPU cores backing up his antics, but not once does he seem to suffer from frame rate issues.

In case that wasn't enough for you either, there's even a hairy version of him, and a bunch of random heads flinging their hair around.

There's also a hair spider. So maybe stop a minute in if you're an arachnophobe.

KitGuru Says: It almost looks like someone threw iron shavings at a magnetic version of metal Mario.