Following the big trailer reveal and announcement of Dawn of War III yesterday, more details have emerged from various quarters, including those who were lucky enough to get a look at an extended demo at Relic's HQ. They've revealed that DoW3 will have a single player campaign that has you playing as all races shown in the trailer: Eldar, Orks and Space Marines.

While this sounds similar to what Dawn of War II's Retribution expansion did, offering unique campaigns for each race, this is more like a team effort for a single campaign run. Players will take on the role of the respective armies as they transition from one level to another, giving different perspectives on the story, as all of them battle out to retrieve a mysterious and powerful weapon.

Each race has tiered units as before, as well as unique units, heroes and super soldiers that can really turn the tide of battle. The scale is also spread wider, allowing for Titan-sized combat between armies.

Dawn of War 1 scale battles are back, according to PC Gamer, but they will be augmented with the special heroes of the second game, allowing them to inspire their fellow troops and help turn the tide of battle. Relic also hopes that those epic brawls will be easier for newer players to read, making the game more accessible despite the scale.

That might mean sacrificing some of those sweet kill animations though. 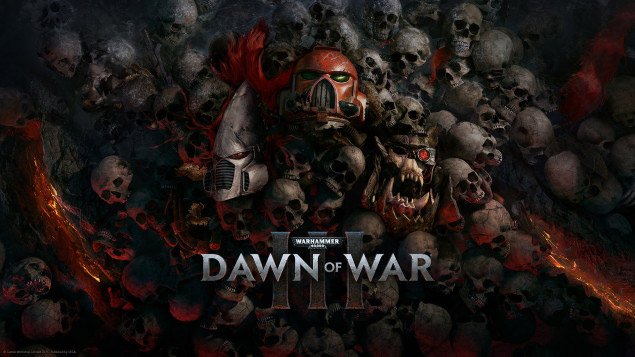 Base building returns in the new game, with players forced to build power generators and to capture requisition points to generate resources, though whether individual buildings for upgrades and new units will need to be constructed is unknown.

Customisation will happen before a battle too, with each combatant selecting a trio of elite units to take with them into battle. Relic has said that it is testing a MOBA-like draft-pick system, but it remains to be seen if that will be implemented in the final game.

Super weapons will also feature, though not all have been detailed. Space Marines can call down an orbital laser attack. Here's hoping for a foot of Gork for the orks.

Finally the game will have a new cover system we're told. Units can capture it to gain an advantage against ranged units, but are weak to close combat attacks from assault troops.

KitGuru Says: All in all Dawn of War 3 sounds like an interesting blend of the original and its sequel, though I worry about the simplification to give it a more mainstream appeal. Do you think that will remove some of the strategy from the game?