We knew something big was happening with DirectX at the Games Developer Conference this year, since the brief for the event was posted on the official event planner site. However this is the first time we’ve seen anything about it involving the next version of DirectX.

Initially it just sounded like Microsoft would be talking about what it has planned for the future, responding to the growing threat from AMD’s Mantle and perhaps more importantly, OpenGL. Now though we’re looking at a brand new DirectX possibly being unveiled. What features will it have? Nobody knows at the moment, though chances are it will involve improved low-level access to the GPU for developers. We can also take an educated guess that it will only support Windows 8/8.x. 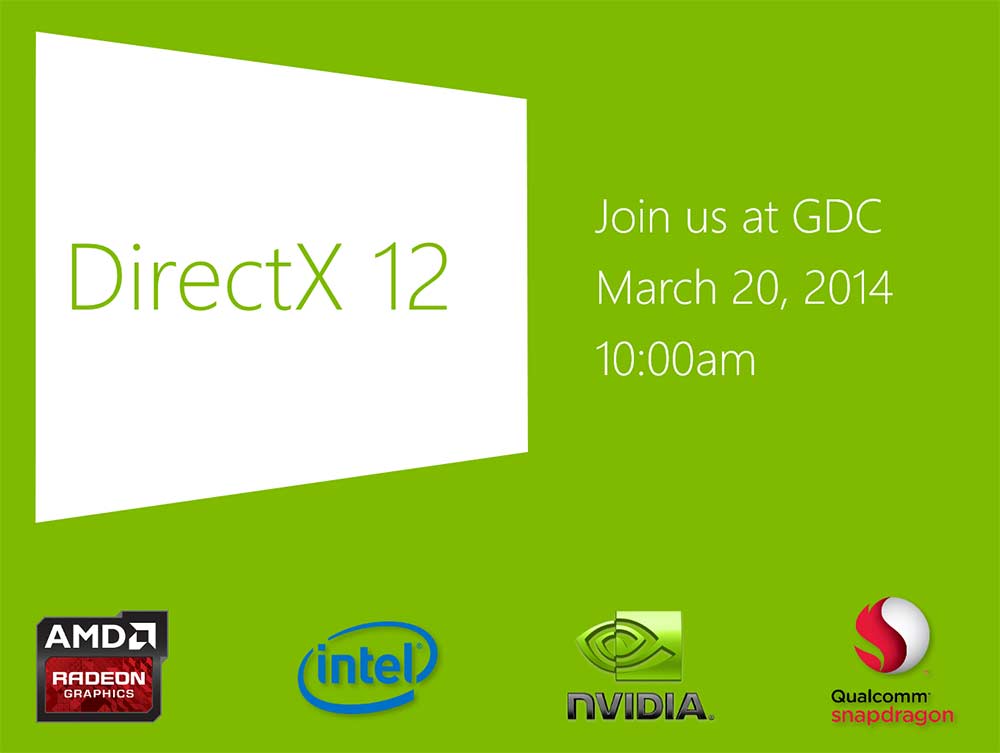 The inclusion of Qualcomm’s name however, right alongside AMD, Intel and Nvidia, suggests that Direct3D could be making its way to Windows RT tablets too.

KitGuru Says: It’s about time we had a new DirectX. The last one, 11, was released in 2009, adding Tessellation and better multi-threaded support. It’ll be interesting to see if DirectX 12’s features are as noticeable, or if it will be more of an update for developers than gamers.