If you could have levied one complaint against the visual stylings of the original Gratuitous Space Battles, you could say that the colours weren’t the most eye catching. There wer lots of greys and muted blues, which is fine if you’re making Man of Steel, but not necessarily what you want from a galactic scale conflict. Colours however, are not a problem in the new Gratuitous Space Battles game, as we can see in its latest teaser trailer, ships come in all sorts of eye melting hues.

Those colours are down to you as the designer, with a full palette to choose from. This should make it easier to differentiate between different ship configurations that use the same hull, as well as letting you have a bit of creative flair when it comes to your fleet’s design. On top of that, ships are also more visual, so as you add crew compartments and fighter bays, you’ll see them on the actual ship, not just in the editor.

Other notable changes that can be picked out of this short video, include the improved backgrounds on the battlescapes, which lend much more depth and a feeling of three dimensions to the game, even if you’re still operating on a 2D plane. 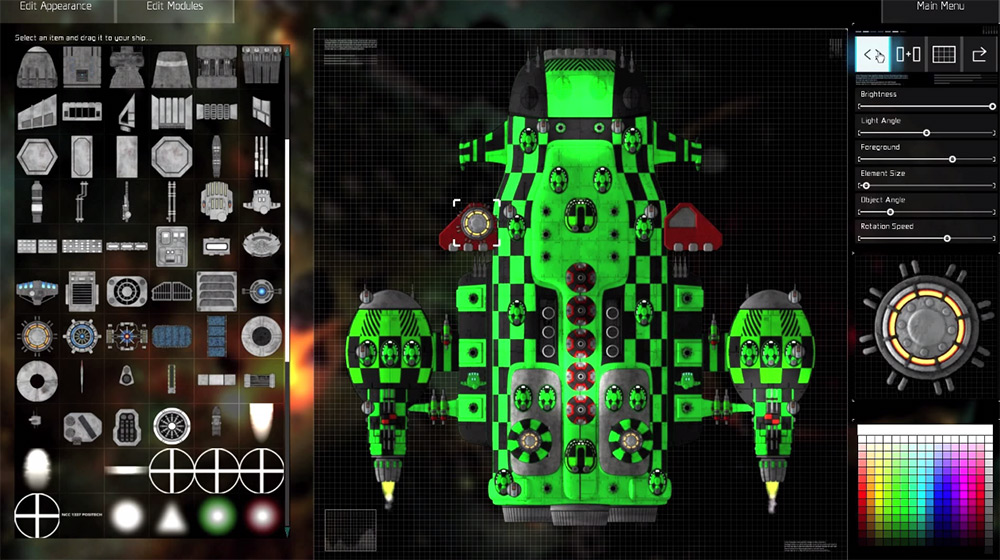 No, making your opponent’s eyes bleed, does not count as a victory

The ship editor has also been tweaked, giving you more information about the ship in question, as well as more expansion parts to allow for fancier, more customised ship designs. Those can then be used in the new campaign mode, which has you jumping from system to system, wiping out pre-designed fleets of ever harder ships.

Cliff “Cliffski” Harris, the creator of the original and its sequel – through his studio, Positech Games – has also said that multi-monitor set ups will be possible for battles, letting you have one continuous battle screen across all displays.

KitGuru Says: I burned out a bit on the original after playing it a lot early on so didn’t end up trying out much in the way of expansions, but a sequel would be a good time to make my return to the cosmos I think. Prepare your fleets gentlemen.