The Wii U is in a tough position at the moment, with a game library that’s still failing to excite enough people to help bolster the console’s relatively meagre usebase, and hardware that seems less impressive than ever in the wake of the Xbox One and PS4’s release (even if they themselves are pretty underwhelming), so it could do with a boost from something a bit different. While Hex Heroes is unlikely to revolutionise the Wii U on its own, it is certainly different and it plays to the strength of the console, something few if any of the cross-platform Wii U games have done.

Hex Heroes is a five player, cooperative (and potentially competitive) multiplayer RTS title, that has up to four Wiimote users collecting resources, building structures and fighting enemies, whilst the fifth, gamepad wielding player manages what resources are spent on and gives instructions to their teammates.

It’s being developed in Unity, and is therefore easily outsourced to other platforms like Windows, Mac and Linux, but the Wii U is its spiritual home. There’s two planned game modes at the moment, with more added if the team goes beyond its $80,000 goal, with Lair Mode seeing players sealing off enemy spawn grounds, while Horde has you protecting an innocent village of townsfolk for as long as you can. 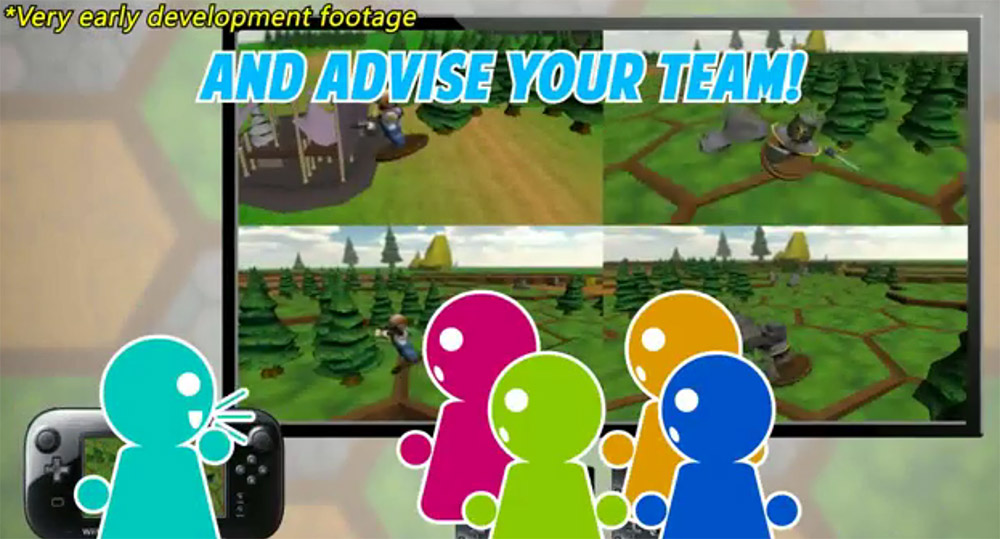 Co-op partners will have different classes, including stalwart heroes like the Rogue and Knight, though the Woodcutter is a different take on a classic hunter and some familiar faces from other games, like Shovel Knight will make an appearance.

There’s plans for local versus and travelling A-B modes, as well as online multiplayer team vs team battles and it’s going to feature music from Ex-Rare composer, Grant Kirkhope, the man behind the soundtracks on Banjo Kazooie, Donkey Kong 64, Viva Pinata and Perfect Dark.

If it hits its campaign target, Hex Heroes will be release in April 2015.

Kitguru Says: What do you guys think? Can unique experiences like this help turn the Wii U around?