In April this year, the Federal Communications Commission (FFC) set the standards for Wi-Fi 6E, and now Qualcomm has announced its FastConnect 6900 and 6700 chips that feature support for Wi-Fi 6E, with speeds of up to 3.6 Gbps.

FastConnect 6900 is the faster of the two chips with speeds of up to 3.6 Gbps – which according to Qualcomm makes it the industry's fastest mobile Wi-Fi chip. However, the FastConnect 6700 isn't exactly slow, with peak speeds approaching 3Gbps.

These rapid speeds are made possible thanks to the 6GHz band being opened up for public use. The new standard adds “1200 MHz of additional spectrum, more than doubling the number of pathways currently available for sending and receiving data.” 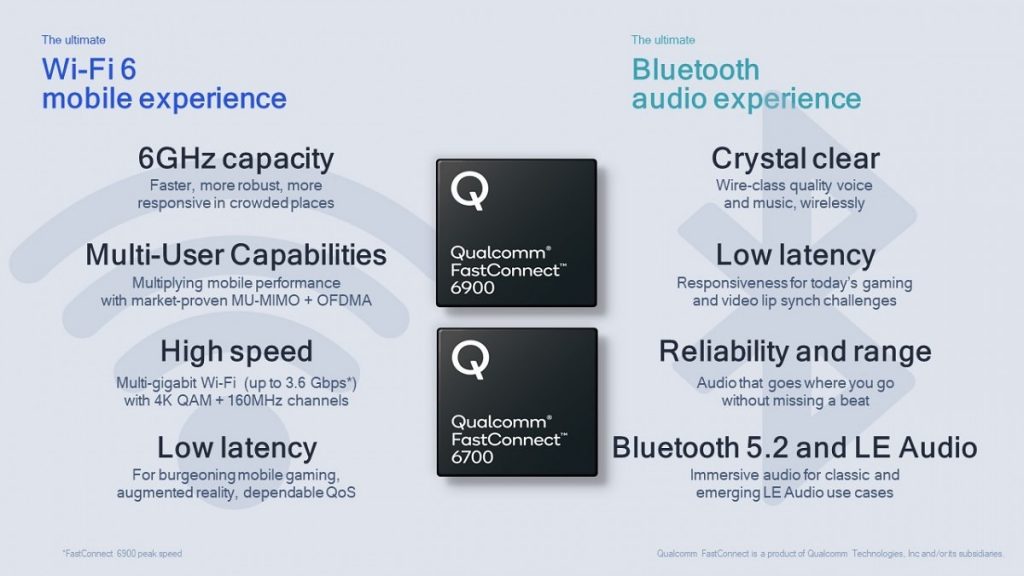 The chips also feature Bluetooth 5.2 which is said to offer “unparalleled Bluetooth reliability and range”, as well as LE Audio which makes it possible to have multiple audio connections simultaneously.

“With the introduction of the FastConnect 6900 and 6700 solutions, Qualcomm Technologies is redefining the mobile experience by extending the power of Wi-Fi 6 into the 6 GHz band and advancing wireless audio with cutting-edge integrated Bluetooth 5.2 features,” said Dino Bekis, vice president and general manager of Qualcomm.

The FastConnect 6900 and 6700 are already being sampled and are expected to ship in production during the second half of 2020.

The full press release from Qualcomm can be read HERE.

KitGuru says: Are you excited for Wi-Fi 6E?

Previous The studio behind Life is Strange and Vampyr is expanding
Next Cyberpunk 2077 is in ‘final stage’ of development, on track for September release