To test the Netgear R6300 802.11ac Smart Wi-Fi Router, we used Totusoft’s LAN Speed Test software to measure the real-world network throughput when transferring a 250MB file between a wired ‘server’ laptop and a wireless ‘client’ laptop. LAN Speed Test provides real-world performance results as it creates the file, measures the time taken to transfer it, and calculates the effective network throughput.

To eliminate potential bottlenecks, the ‘server’ computer was connected to the N60 via Gigabit Ethernet. As we wanted to test the N60′s wireless performance, the ‘client’ laptop was connected via the router’s maximum supported speed on the 2.4GHz and 5GHz frequency bands.

For short range testing, our laptop and adapter were positioned 3 feet from the router, in the same room. This represents a typical usage scenario where the N60 is required to provide a wireless signal for many devices located in a single room.

For long range testing, our laptop and adapter were positioned around 30 feet from the router, through three solid brick walls. This test procedure represents another typical usage scenario where the N60 is required to provide a wireless signal for devices located in different rooms of the house, or even the garden. 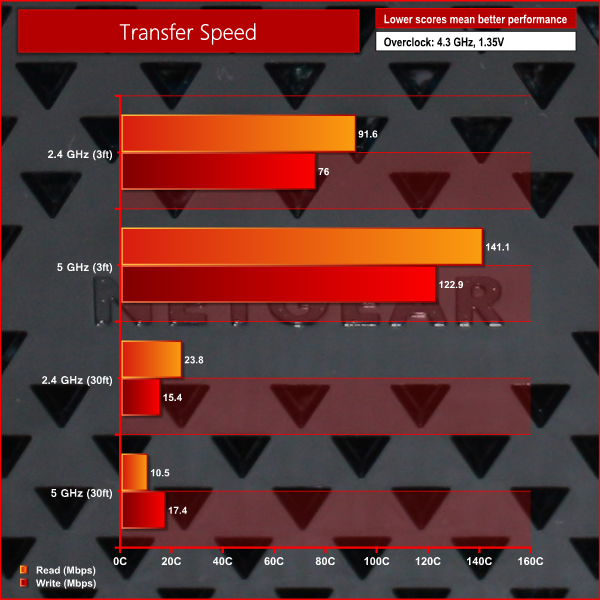 Performance was pretty good at short range, especially on the 5 GHz band.  However, both frequencies suffered at long range.  In fact much further away than 30ft (through three walls) the signal became quite unreliable.