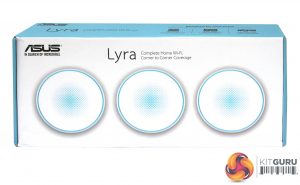 The ASUS Lyra units are accompanied in their lengthy box by the requisite three external power adapters and single ribbon Ethernet Cat 5 cable. 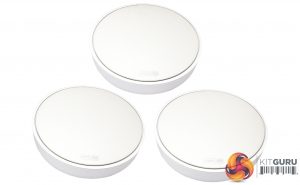 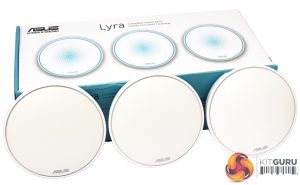 They Lyra units are relatively innocuous white discs. They won’t look out of place in most home environments. Although not quite as stylish as the Google units, the Lyra satellites are attractive enough. 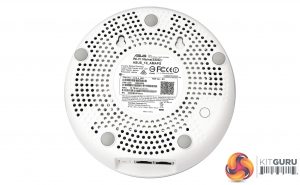 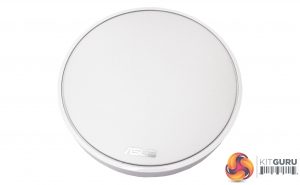 The whole of the mesh on the top pulsates with variously-coloured lights, depending on the status of the device. On the sticker underneath can be found the default settings, although as we will see these won’t be used for long. There’s also a reset button on the bottom, as well as a sync button on the side. 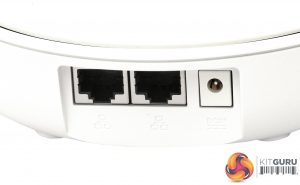 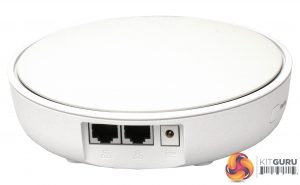 Apart from the power input, there are two Gigabit Ethernet ports. Although one of these is destined for your broadband connection on the primary unit, they’re not differentiated so you could use either, and on the second and third units they can be employed for connecting wired devices.

Overall, there’s not a lot to say about the Lyra hardware. The units aren’t packed with physical features, with no USB or more than two Ethernet ports. Like many mesh WiFi systems, they’re meant to look consumer friendly. So next let’s find out if the setup continues that concept. 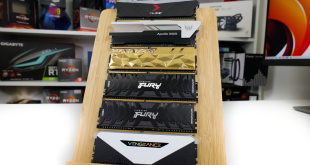