Sharing pictures and videos of your celebrating family and friends may be a little harder around Christmas according to OfCom, as those fairy lights that we add to trees and other parts of our homes, could have a negative impact on your Wi-Fi speed. They join a long list of inhibiting factors, including microwaves and baby monitors. 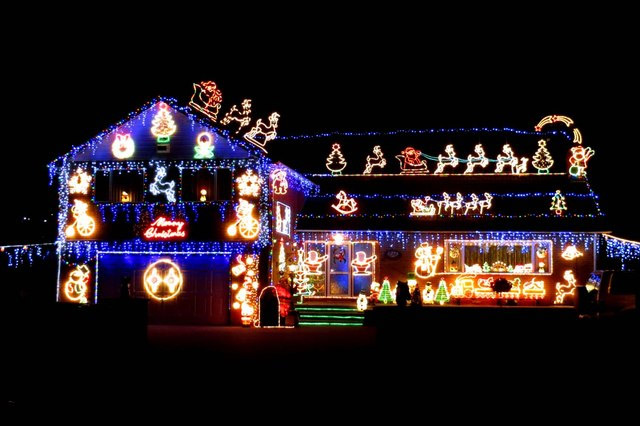 Some may be affected more than others… Source: Geograph

Announced by OfCom as a way of drawing attention to its new Wi-Fi app, which checks the quality of your local wireless connection, it suggests that several million households in the UK may be dealing with sub-standard Wi-Fi due to interference from other electronic appliances.

This comes alongside the release of Ofcom’s 2015 Connected Nations which details the available connections to British consumers and their quality. It found that although 83 per cent of households in the UK had access to super-fast broadband above 30Mbps (37 per cent in rural areas), only around 27 per cent take advantage of it (as per BBC).

Small businesses seemed to be the most affected by electronic interference with their wireless internet, with around half unable to access broadband over 10 Mbps. Although availability of higher-speed internet is increasing every year, small businesses affected by interference issues are expected to increase to 18 per cent within the next few years.

It’s hoped however that with this new application and more awareness of some of the technologies that can limit Wi-Fi speeds, that more companies and households will be able to improve their wireless connections by reducing electronic interference.

KitGuru Says: Do you notice your internet becoming noticeably slower around this time of year?