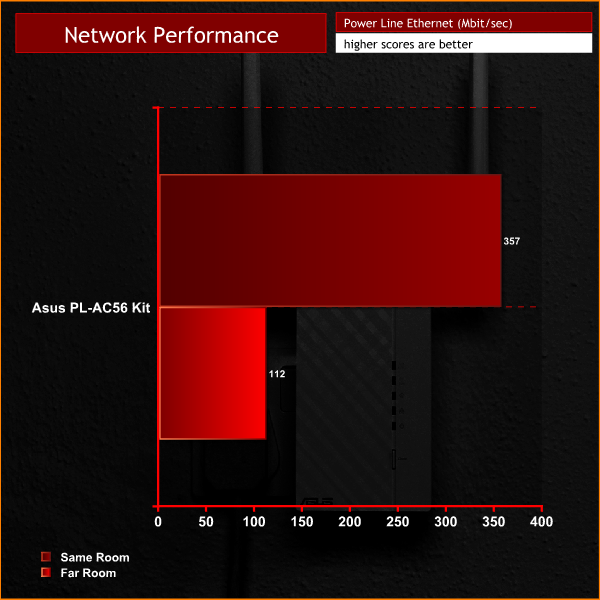 The best way to assess these results is to compare with the performance of its smaller sibling, the Asus PL-N12 kit. The advantage of AV2 is clear to see. Previously the same-room result was under 100Mbit/sec, here it's 357 Mbit/sec.

And the PL-N12 delivered just 28Mbit/sec in the far room test. A bit disappointing and definitely not enough for 4K video, or perhaps even HD video.

With the PL-AC56 Kit, it's faster at far range, than the PL-N12 kit was at short range. 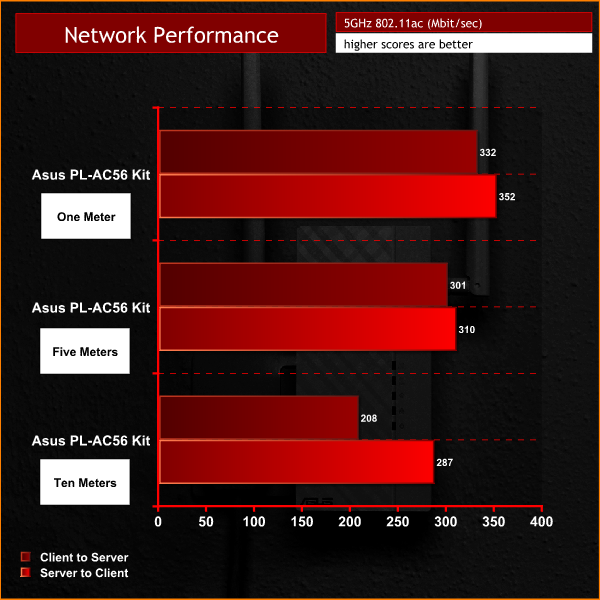 802.11ac goes faster than AV2 power line ethernet, so even though it's only a 2×2 transmitter one would expect it to saturate the power line speeds. And that's pretty much what it does. The server to client result is identical to the wired performance with the Asus PL-AC56 Kit. Client to server performance drops down slightly.

At distance, it maintains these speeds too, only dropping off at 10m distance.

Note, the caveat here is that testing was done with the PL-AC56 in the same room (to eliminate any bottlenecks), but in reality you would have the adapter in a further room and speeds might be a lot lower.

The thing to take from these results though is that you'll get the best speeds possible over power line, whether you use wired or wireless connections, within approximately five meters.