We set IOmeter up (as shown above) to test both backup and restore performance on a 100GB partition. 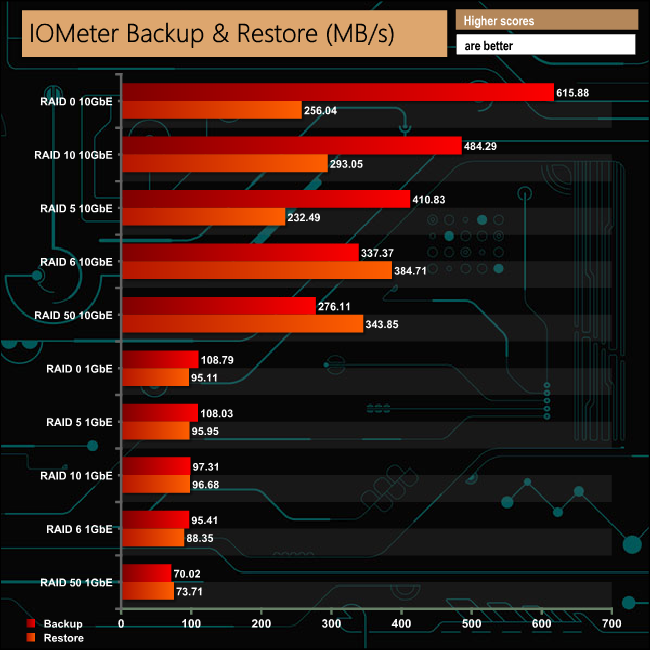 The TVS-673e had no problems dealing with our backup/restore tests. With a 1GbE connection the NAS just failed to break the 100MB/s mark averaging 96MB/s for reads and 90MB/s for writes.

Using a 10GbE connection, the fastest read speed came from the RAID 0 array at 615.88MB/s while the fastest write speed of 384.71MB/s was produced with the disks in a RAID 6 array.