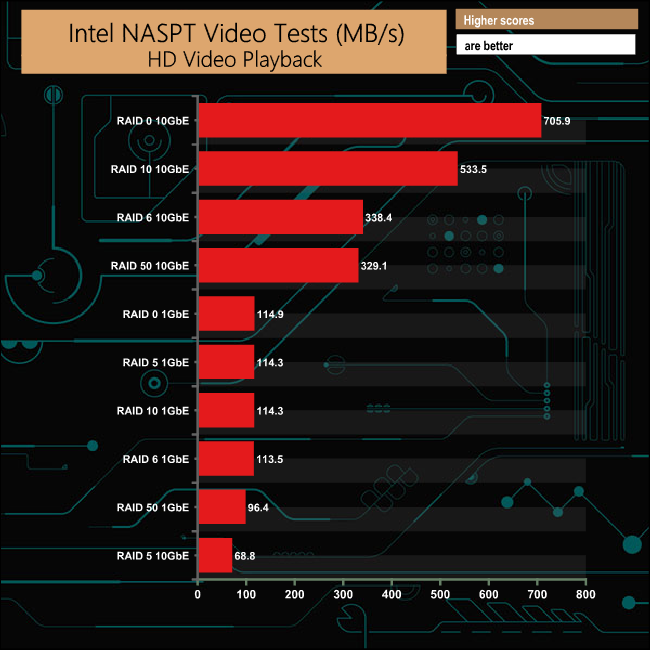 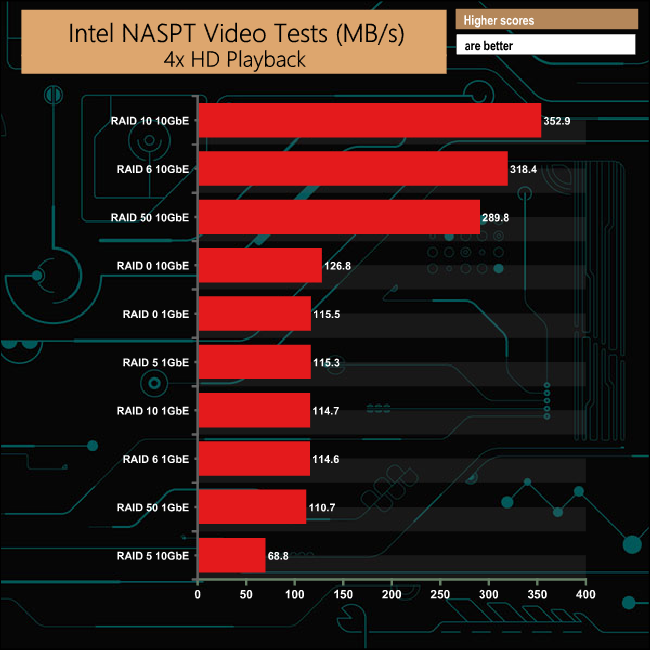 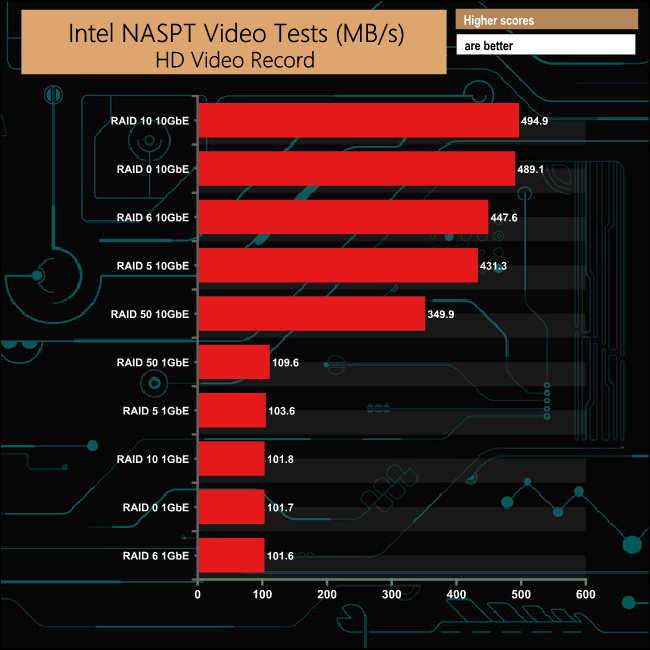 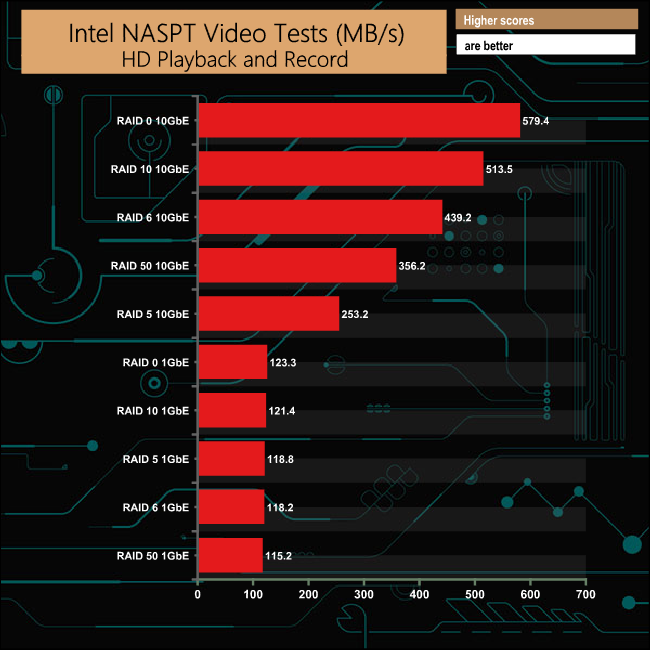 As you might expect there are some pretty stunning performance figures achieved in the video tests of Intel’s NASPT benchmark when using a 10GbE connection. The fastest bandwidth was achieved in the HD Video Playback test with the drives built in a RAID 0 array at 705.9MB/s 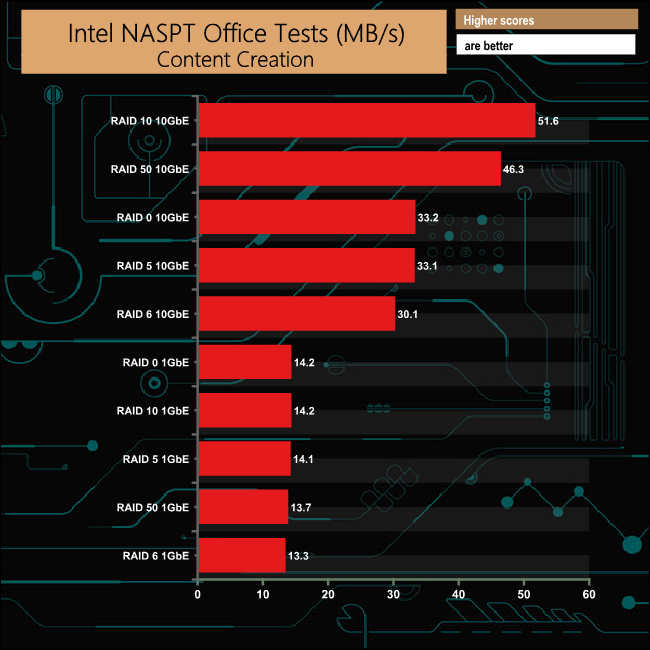 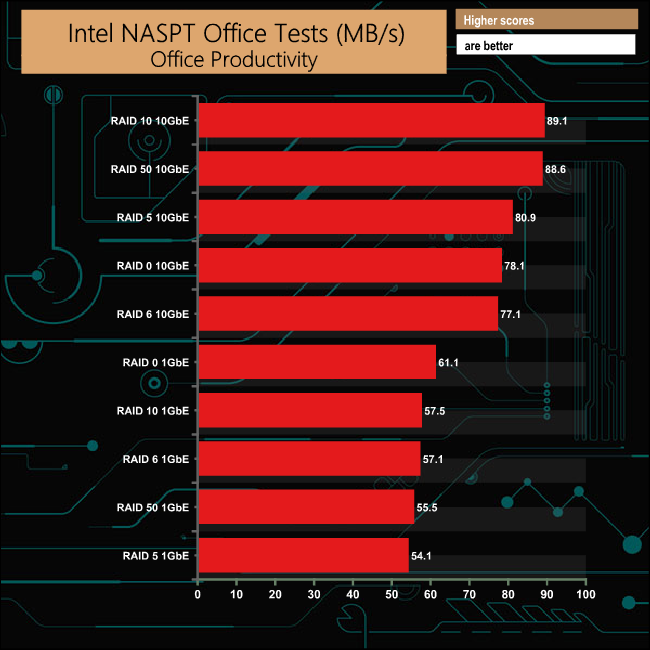 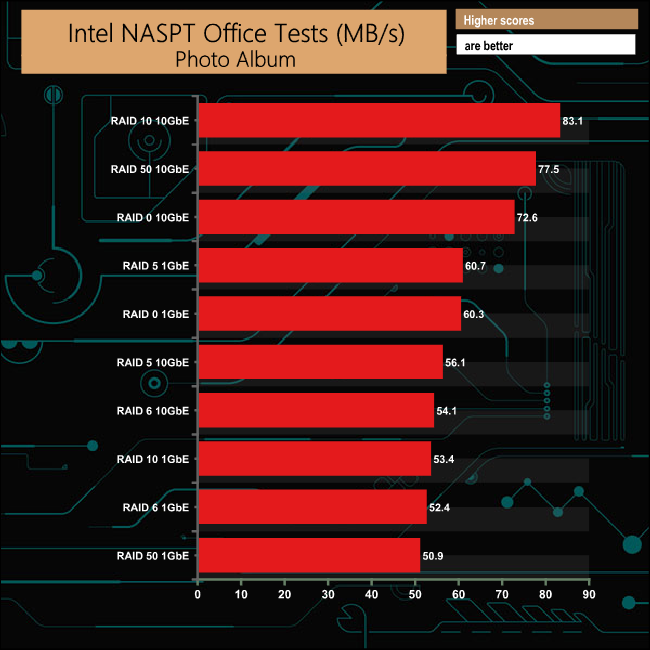 When it came to the office parts of the NASPT benchmark, the Content Creation results over a 10GbE link were over three as fast as a standard 1GbE connection at their fastest. Overall the performance gap in the Office Productivity test was much smaller but with all the 10GbE results still out on top.

However, when it came to dealing with the multitude of small files in the Photo Album test, the results were much closer and more mixed between the two connection speeds.