We’ve used some of the video and office apps results to highlight a NAS device’s performance.
HD Video Playback
This trace represents the playback of a 1.3GB HD video file at 720p using Windows Media Player. The files are accessed sequentially with 256kB user-level reads.
4x HD Playback
This trace is built from four copies of the Video Playback test with around 11% sequential accesses.
HD Playback and Record
Tests the NAS with simultaneous reads and writes of a 1GB HD Video file in the 720p format.
Content Creation
This trace simulates the creation of a video file using both video and photo editing software using a mix of file types and sizes. 90% of the operations are writes to the NAS with around 40% of these being sequential.
Office Productivity
A trace of typical workday operations. 2.8GB of data made up of 600 files of varying lengths is divided equally between read and writes. 80% of the accesses are sequential.
Photo Album
This simulates the opening and viewing of 169 photos (approx 1.2GB). It tests how the NAS deals with a multitude of small files. 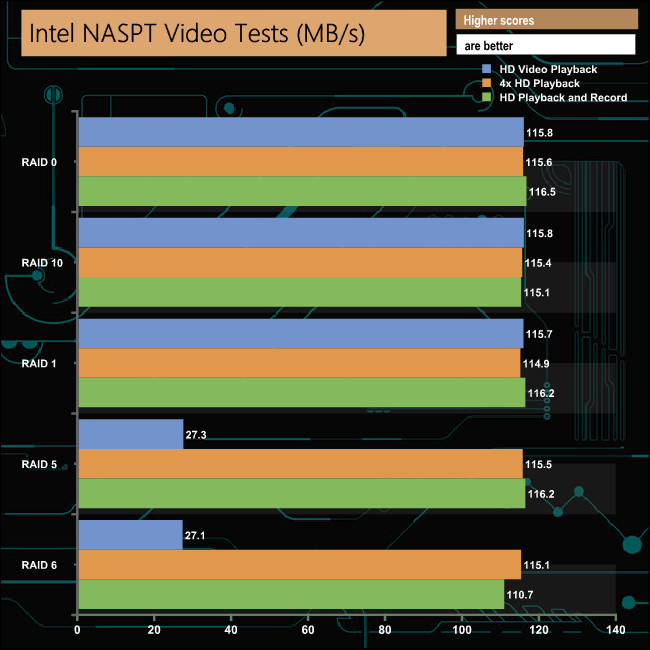 In the video tests of Intel’s NASPT benchmark, the DS920+ showed strong performance breaking the 100MB/s mark for all tests with a couple of exceptions. In RAID's 5 and 6, the performance in the HD Video Playback trace drops off considerably. 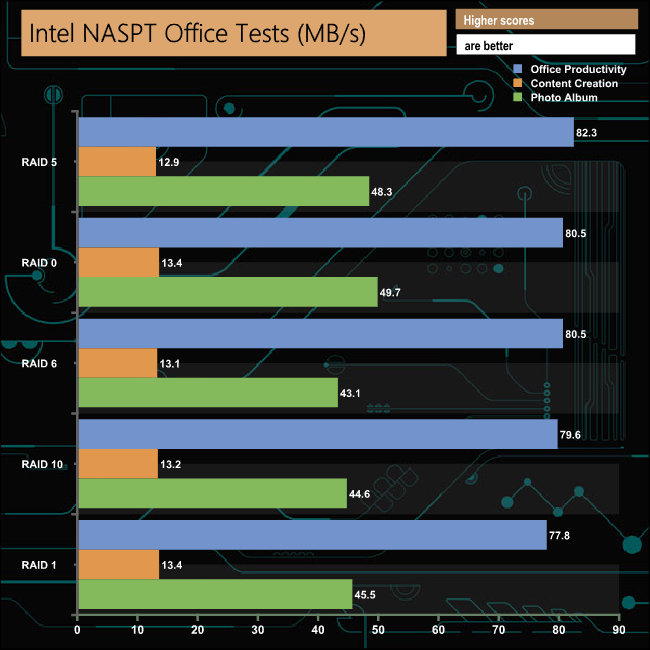 In the office tests, the DS920+ displayed strong performance with a pretty good level of consistency across the tested arrays. Best performance came in the Office Productivity test where it averaged 80.14MB/s. When dealing with the multitude of small files that make up the Photo Album test it averaged 46.24MB/s while in the Content Creation test it averaged 13.2MB/s.